Who needs feminism when you have bacon? #changeyourlifewithbacon

Maple Leaf is currently pushing this video on Facebook ads. It tells the story of a woman who calmly accepts her role in the universe, which is that of a 1950s mom who is expected to do all the cooking and cleaning of the house. Plus, she has the added bonus that her husband is a selfish man-child who can't even be bothered to do "manly" chores like change lightbulbs (which is clearly far too sciencey for her pretty little head). 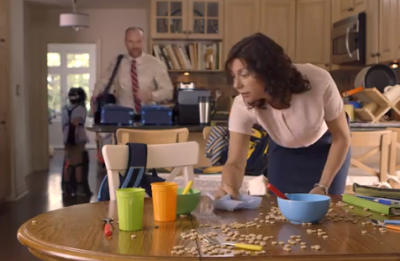 You might think that this lady would find relief by discovering that women are not required to be slaves/doormats to heir husbands and children anymore, and would woman up and take control of her life. But who needs feminism when you have bacon? 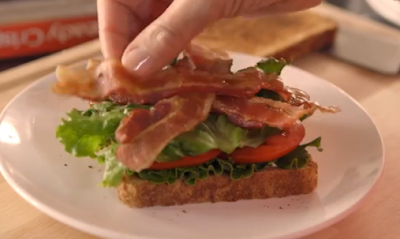 That's right, just feed delicious strips of salt, fat and nitrates to your husband and kids, three meals a day, and they will suddenly do your every bidding. Because apparently, none of them has figured out how to use a frying pan. Or a microwave. Or even a box of pre-cooked bacon: 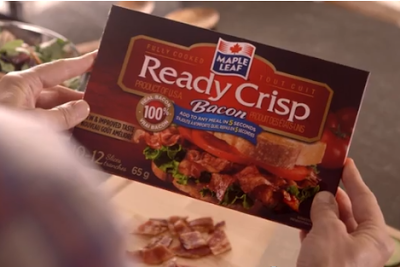 Hey, I love bacon too. But this ad is stuck in another era, in which women were expected to manipulate "their" men by coddling them like children. And men were stupid oafs who were that easy to manipulate.

Ah, the good old days! You see? Women have always had the power of pork.

To add "Epic" to this Fail, the URL changeyourlifewithbacon.com doesn't even go anywhere (at 4:30 pm EDT).

UPDATE: It's 9:20 pm, and the link is live. It goes to a Facebook app. But launching the ads before the landing page was ready is a major screw-up.

They're also taking this "will do chores for bacon" concept all the way: