I blog frequently about sexism, censorship, and nudity in advertising, and I am aware that some readers find my concerns to border on inappropriate. But my sister just sent me this note from a FOAF on Facebook to remind me why there is so much controversy and confusion about sex, nudity, health and motherhood: 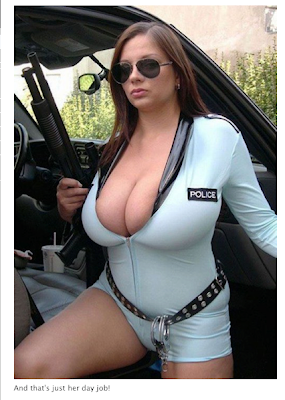 [One image not posted - it was too sick even for this blog!] 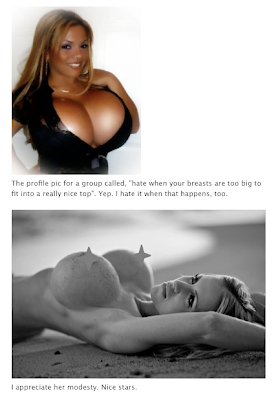 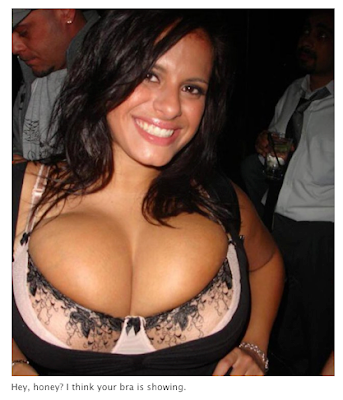 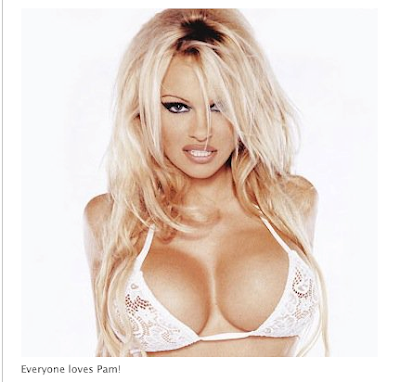 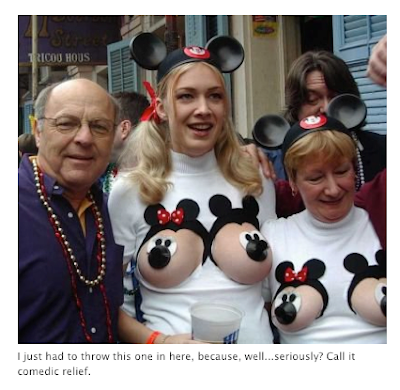 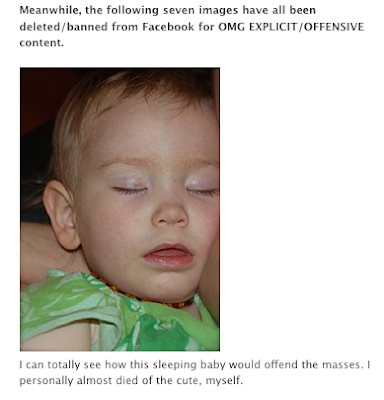 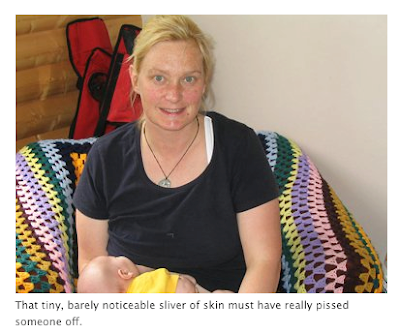 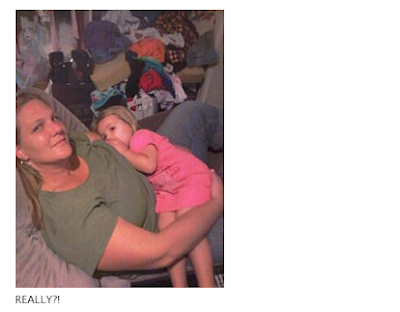 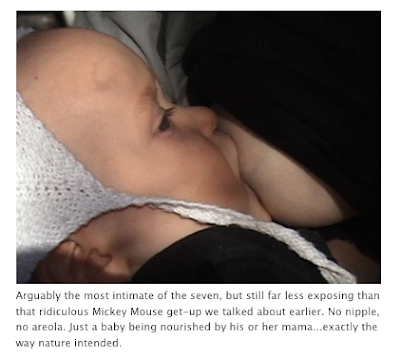 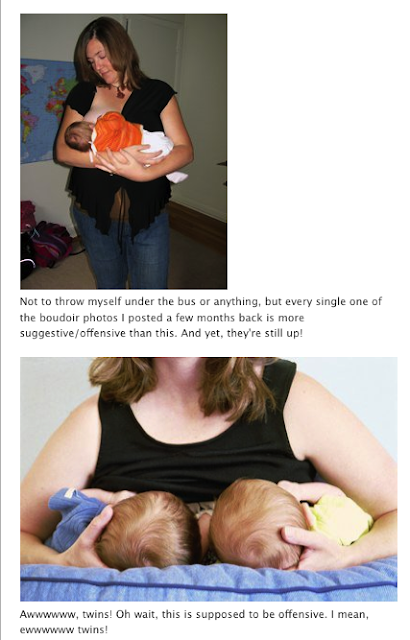 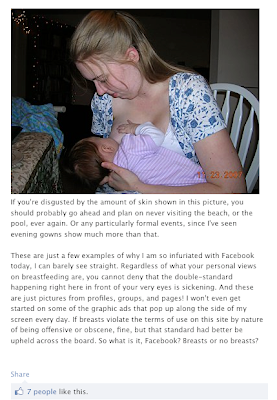 Now, you don't have to point out to me that Facebook is a private company that can do what it wants (within discrimination, libel and other laws). But at the same time, Facebook's brand is completely in the hands of its half-billion users.

Those users are from all over the world, but Facebook's rules about nudity are purely American. This is a country that can't decide if it loves or hates the boobies. But either way, the sexual obsession causes all kinds of bizarre double standards.

Basically, even partially exposed breasts are considered "nudity" and therefore in violation of the Terms of Use which state: "You will not post content that: is hateful, threatening, or pornographic; incites violence; or contains nudity or graphic or gratuitous violence". However, because the community is basically self-policing, the moderators usually act when another user has brought something "offensive" to their attention.

And there you have the hypocrisy. Younger female Facebook users are known for posting questionable "cleavage" shots of themselves. Nobody complains. Men post semi-pornographic images in the lad's groups, and keep them to themselves.

But for some reason, breastfeeding seems to be targeted. I can't imagine what anti-breastfeeding people are doing in groups, pages and photo albums that are clearly intended for people who want to share — and advocate for — the natural feeding of babies. Who on earth is complaining about these pictures?

You also have to wonder if Facebook has some automated feature to search our suspected breastfeeders —like their alt-killing bot that automatically deleted the accounts of thousands of real female users because their user names seemed fake. Are they consciously persecuting these women?

Yes, it is a private business. But so is a restaurant or a mall. And in civilized societies, nursing women have legal protection from discrimination, harassment and exclusion when they choose to feed their babies the way nature intended. How long until these protections spread into social media?

For the time being, though, I'm just passing on the outrage from a FOAFOAF. I left her name in there because she asked people to share. Please do.
Posted by Tom Megginson at Thursday, November 18, 2010