Women: How to keep your boyfriend/husband from drinking your beer

At least, in public: 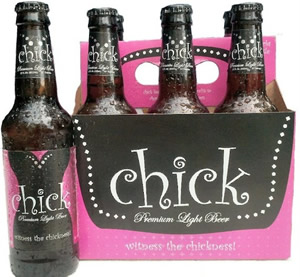 Yep, the latest effort to niche market beer to women is this pink-packaged "premium light" beer. And it hits all the 21st Century marketing-to-women stereotypes:


"We are proud to introduce Chick Beer, the only American beer created just for women.
Chick Beer is a premium, craft-brewed light lager that has just 97 calories and 3.5 carbs. We brew Chick at America’s second-oldest brewery, located in beautiful southern Wisconsin.

For centuries, beer has been created, produced and marketed by and to men.  At Chick, we think that it’s time for a new choice.

Chick Beer celebrates women: independent, smart, fun-loving and self-assured women who  love life and embrace all of the possibilities that it has to offer.

Above all, we think that beer is supposed to be fun!  For centuries beer has been the most sociable of beverage……good times with good friends!

So enjoy! Grab a cool Chick and Witness the Chickness!" 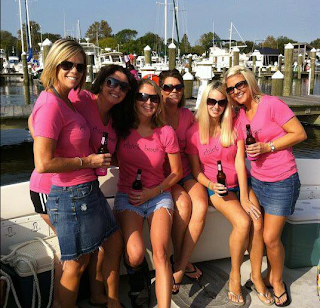 Okay, I guess. But if they want to appeal to more women drinkers I'd rather see mainstream beers just stop insulting women in their ads.  Most of the women I drink with like the same brands I do.

Tip via eater
Posted by Tom Megginson at Saturday, September 10, 2011