Pink Stink: Susan G. Komen for the Cure gets political

Susan G. Komen for the Cure, the most powerful brand in the world involved in fundraising for breast cancer prevention and research, has had its share of problems.

There was "Buckets for The Cure" — remember that? 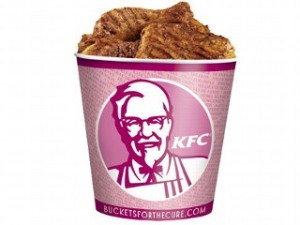 Putting their brand, indiscriminately, on any retail item (regardless of whether it was healthy or not) gave rise to the pinkwashing backlash. Not only was the appropriateness of the various cobrandings questioned by many, but also the efficacy of the fundraising and their aggressive trademark practices.

The last straw, for me, was when they launched their own line of perfume which Breast Cancer Action claimed contains cancer-causing compounds. 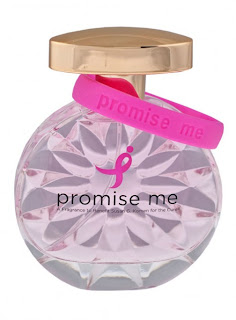 Increasingly, this organization seems to operate like any big brand, with a ruthless desire to grow its influence, generate revenue, and eliminate competition. Is that really what cause marketing is supposed to be about?

"Research doesn’t come cheap. We need to raise money, and we’re not apologetic about it,” [spokesperson Leslie] Aun said. Komen, founded in 1982, has contributed $685 million to breast cancer research and $1.3 billion to community programs that help with mammograms, transportation and other needs, Aun said. Komen would love not to have to do marketing, but that simply is not realistic, she said.

“We don’t think there’s enough pink. We’re able to make those investments in research because of programs like that.”

But much of Komen's credibility as a serious champion of women's health collapsed this week when it was learned that they decided to stop funding breast screening for low-income women through Planned Parenthood.

The politics are ugly. The anti-abortion lobby in the United States has been trying to shut down planned parenthood for the past couple of years, convincing governments to defund its health operations because they include the provision of abortions (in addition to birth control and many other community health services).

According to the Washington Post, two women can be credited with Komen going political and joining the ranks of the American pro-life movement. Komen's Vice President for Policy for the past year, Karen Handel, is a politician who made a run at the Governorship of Georgia on an anti-abortion ticket. And then there's Americans United for Life President Charmaine Yoest, who is responsible for Planned Parenthood being investigated by the Energy and Commerce Committee — giving Komen the excuse to defund.

Oh, and what's this?

"Immediately after hearing the news of the Komen Foundation’s decision to withdraw its funding from Planned Parenthood, breast cancer survivor Dr. Charmaine Yoest registered 'Team Life' and pledged to rejoin the Global Race for the Cure in Washington, D.C. on June 2, 2012.

'The Komen Foundation’s decision to disassociate itself from the scandal-ridden abortion provider should be applauded and encouraged by pro-life women across the country,' said Dr. Yoest."

This decision by Komen to firmly entrench itself in the politics of reproductive choice will be a fateful one. It will certainly lead to more support by those who side with the decision. But what about the millions of "mainstream" supporters — including many women's health groups — who were happily buying pink and doing fundraising as an apolitical feel-good move? Do they really want to have to choose sides?

The backlash has already begun.

There is an interesting result of all the media frenzy, though. Gothamist reports that through online networking alone, Planned Parenthood was able to raise $650,000 (the number keeps going up) in private donations in just 24 hours. Last year, Komen's funding was $680,000.

With government funding for not-for-profits on the decline anyway, Planned Parenthood may want to look to social media fundraising as the way of the future.

UPDATE: Mashable reports that Komen has also pissed off the hacker community: