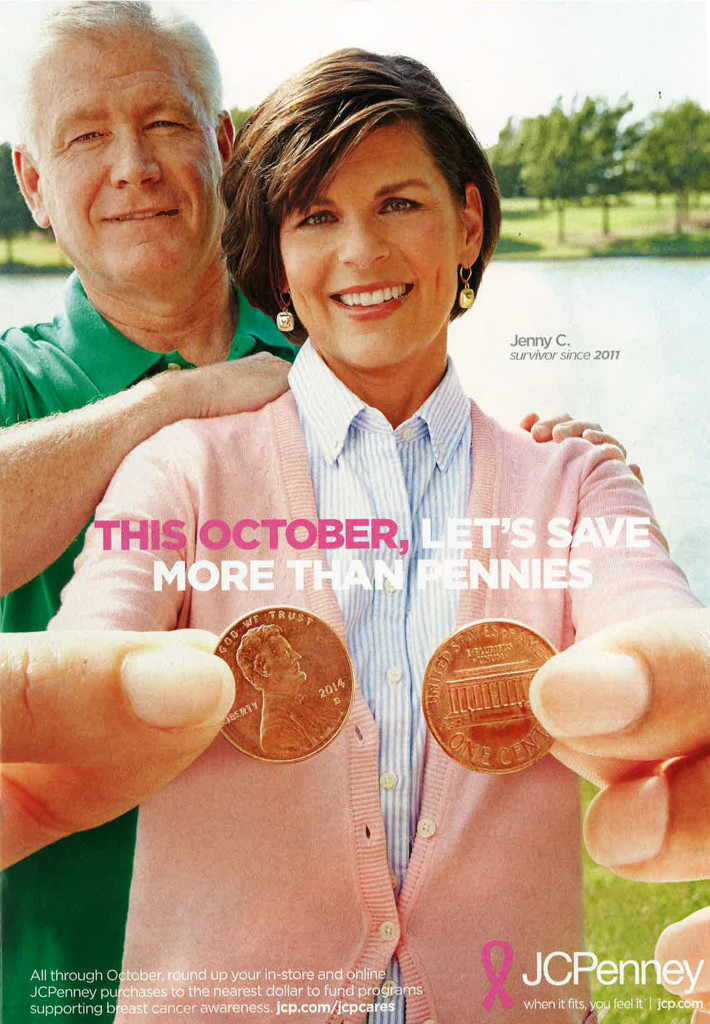 What is this, even? Fumbled CSR? Trivialization of cancer? Terrible brand pun? Photoshop Disaster?

It's all that, and more.


Someone please save JCPenney from itself: the company’s latest ad campaign, rolled out in October for Breast Cancer Awareness month, is a painful mess of mixed brand messaging, inadvertent sexism and cultural tone-deafness.
...
The long hierarchy of people who approved this ad believed it was cool or clever to conflate pennies and breasts, making light of the nightmares of breast screening, lumpectomy, mastectomy and breast reconstruction. Very uncool and way, way out of touch.

While JC Penney is taking PR lumps over this ad (which appeared in People magazine), I feel really bad for the woman featured. She's trying to do something good for a cause that is really close to her (far too close!) and now she suffers embarrassment at the hands of bad advertisers.