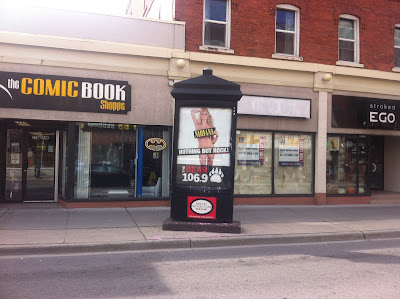 I've been observing the latest campaign by Ottawa classic rock radio station The Bear for a few months now. Originally, it showed billboards with two bare-backed women and a hairy bare-backed man, the women with band names tattooed on their skin and the guy with one shaved in. It was stupid, but mostly harmless.

Then I guess they decided to drop the humour, and go straight to the sex: 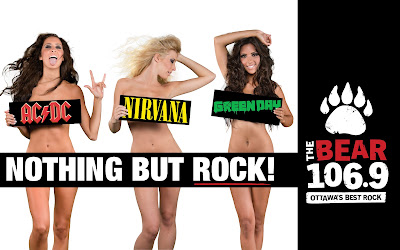 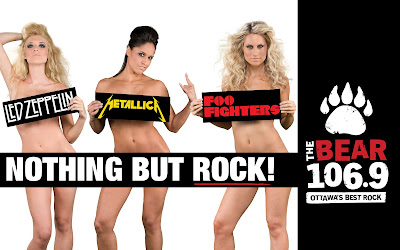 You can't really expect sensitivity and brilliance from ads aimed at aging Gen-X and Boomer male wannabe rockers. I'm in that market, after all. But I still found it pretty primitive of them. 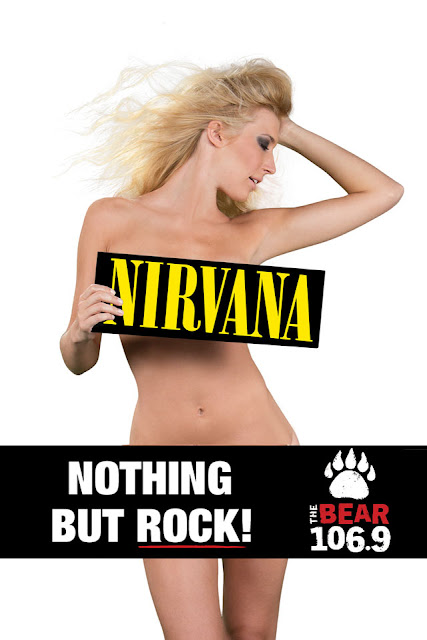 The use of the Nirvana "brand" however, made me think of the late Kurt Cobain. Wasn't he supposed to have been a feminist hero?

From The Daily Beast:


Female fans detected a humanistic view of women in the lyrics and certainly in Cobain’s public pro-feminist persona. Cobain was an early advocate of Sassy magazine, the late '80s through mid-'90s magazine aimed at teenage girls that had a definite feminist bent. He also enjoyed provoking and mocking American gender anxieties, engaging in previously unheard of behavior in a major rock star—glam rock aside—such as wearing women’s clothes and making out with male bandmates in public, just daring people to have a problem with it. “I really picked up on the sensitivity and girl-positive nature of Nirvana,” explained Kate, a 30-year-old from Toronto, “it was important to me to see a famous, attractive man share some ideas about feminism with me and be unapologetic and forthright about it.”

And then there are Cobain's own troubled words:


“Yeah, all Isms (sic) feed off one another but at the top of the food chain is still the white, corporate, macho, strong ox male. Not redeemable as far as I’m concerned. I mean, classism is determined by sexism because the male decides whether all other isms still exists (sic). Its up to men. I’m just saying that people can’t deny any ism or think that some are more or less subordinate except for sexism… I still think that in order to expand on all other isms, sexism has to be blown wide open…but there are thousands of green minds, young gullable (sic) 15 year old boys out there just starting to fall into the grain of what they’ve been told of what a man is supposed to be and there are plenty of tools to use. The most effective tool is entertainment”

And now, 18 years after he killed himself, the band he founded is being used as part of a campaign telling the new generation what a woman is "supposed to be": pure T&A, sexually available and enjoying his gaze.

It's only rock and roll, right? Except it's not the '70s anymore. Unironic, unartistic, sexually exploitative  marketing. Weren't we supposed to grow out of this?