Sex in amateur advertising is even worse, somehow 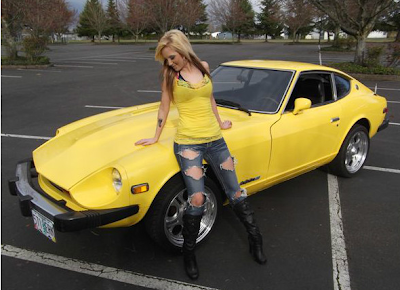 If you want an example of how "sex sells" is a mantra embedded in our society, take a look at this ebay listing for a 1977 Datsun Z-Series 280Z.

The seller, lotuskim, is a regular auto seller on the online auction site, and he wrote the listing with gusto:

But exaggeration isn't what made this listing noteworthy. In showing off the car, lotuskim posted more than 20 different pictures of the car, most featuring a provocatively-posed young model identified only as "Lexxa": 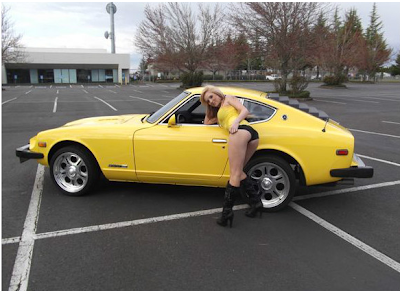 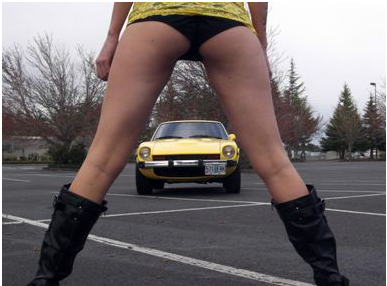 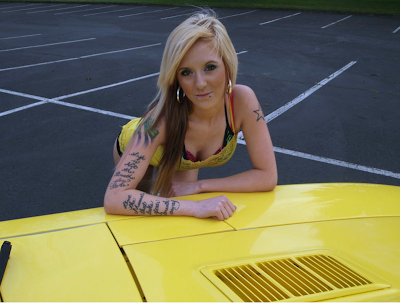 This resulted in a few sexualized troll comments in the posting's Q&A. The seller's joking response to one of them, "Nice way to talk about my daughter!!!!," caused the examiner.com writer to assume that he was serious. The news of which then ended up on Buzzfeed and who knows where else.

In case you're wondering, the old car sold for $7,500. So I guess we can expect a lot more of this kind of thing.

UPDATE: According to Adfreak, Lexxa really is the seller's daughter:


Lexxa Ridley, 20, is the model seen posing provocatively in a series of photos posted by her father, Kim, in an eBay for-sale listing for his 1977 Datsun 280Z.
...
Papa Ridley—who runs Ridley's Rides in Eugene, Ore.—tells AdFreak, adding that he often uses sexy snaps of his daughter and her pals to move product. "Girls and dogs attract people's attention," he says. He's also used Max, his golden retriever, in ads, including a motorcycle shot with Lexxa driving and the dog in the sidecar.