Is this "the least effective sexism awareness ad ever"? 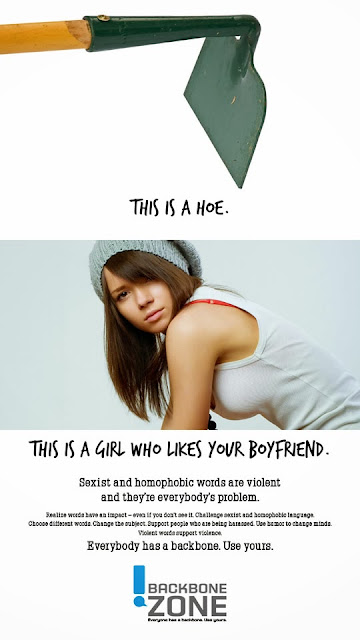 Reading Copyranter today, I saw a Reddit post of the poster above, spotted in the wild. Copyranter called it (maybe) "the least effective sexism awareness ad ever".

Curious about the campaign, I stumbled upon the entire 2012 campaign from the Maine Coalition Against Sexual Assault (MeCasa).

Here are the rest of them: 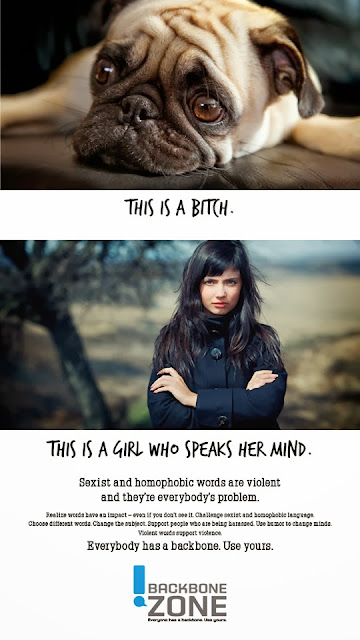 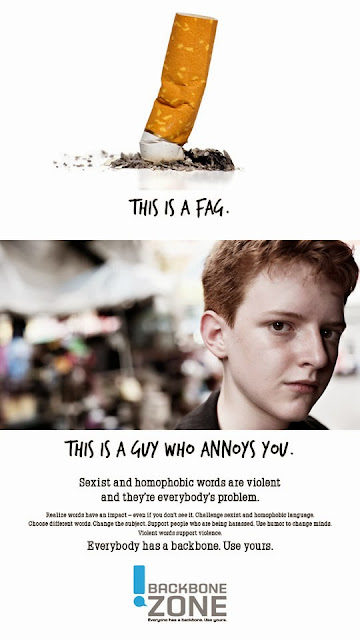 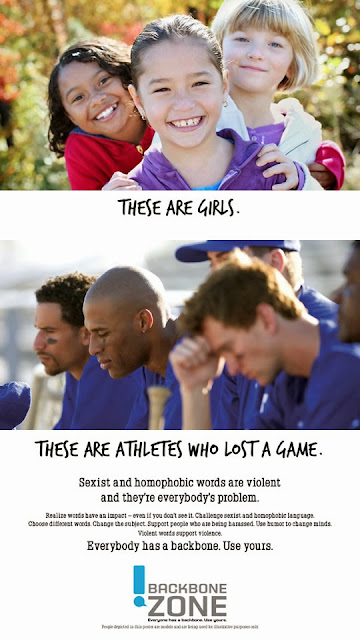 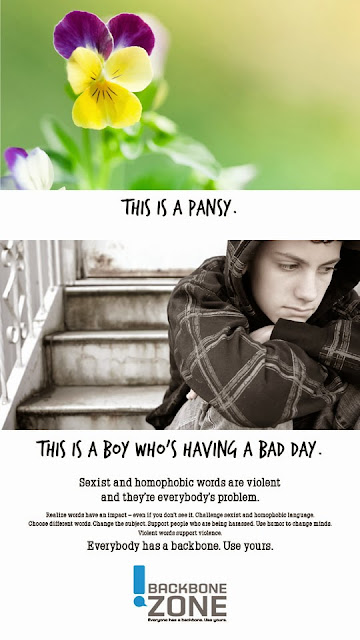 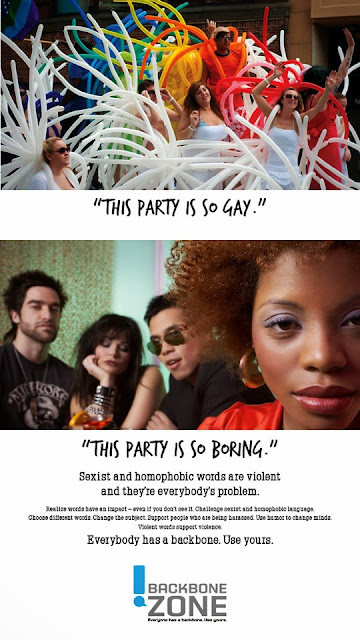 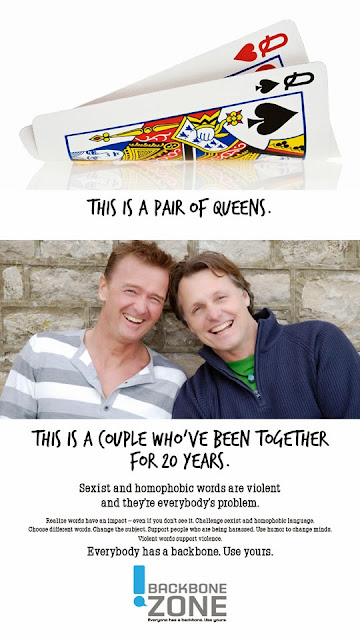 The first thing that jumped to mind was that this didn't seem like an American campaign. Using "fag" for a cigarette butt and "queens" for gay men is not really Uncle Sam's English.

The other weird thing is that the slanders against women ("bitch" and "ho") are common ways to bring all women down — straight and gay — while the men's slanders are all homophobic.

It turns out that MeCasa has a partner in this campaign, Boys to Men, who states that, "Traditional media and cultural representations of masculinity and femininity are too narrowly defined and contribute to destructive and damaging behavior towards individuals of all genders and ages."

I get that what the campaign is trying to do is helpful. It's just trying way too hard. By placing common words of verbal violence on equal footing with more obscure ones, just in the name of creating more executions, weakens the effect. And the "hoe" execution in particular sends a really awkward mixed message.