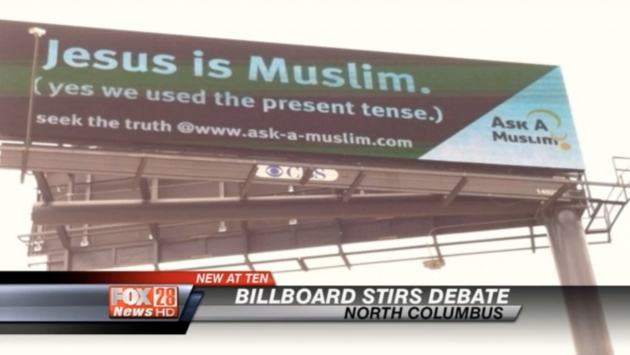 According to Yahoo! (via Fox News, obviously) these boards are posted in Ohio. Who could possibly take issue?


In a press release sent to Christian Newswire, [Christian radio host Dave] Daubenmire wrote, “Although we support the Islamic community's right to free speech, as well as their right to post messages on billboards, we do not support the hi-jacking of the name of Jesus Christ in their attempt to lure uninformed Christians into their religion.” Operation Save America was less diplomatic about the rally, writing on their website, “It appears that the Muslim community in Columbus, Ohio, is becoming increasingly arrogant in spreading its monstrous religion, with its false book, and its false prophet, right in the face of the Church of Jesus Christ in Columbus. It has purchased space on three billboards around the city spreading lies about the Gospel of Christ.”


Dave, you may want to look up "free speech". It's the same concept that lets "Operation Save America" spew their intolerance. 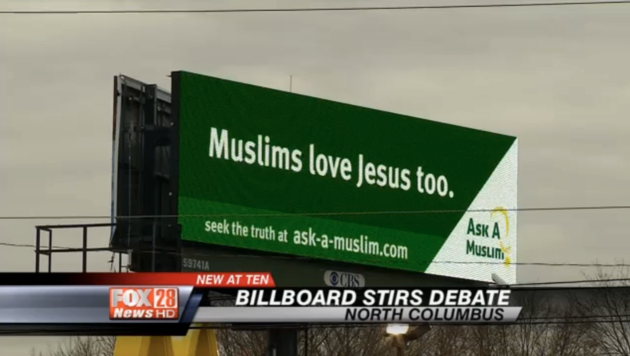 Ironically, the Ask A Muslim campaign is all about unity among the Abrahamic religions. On its web site, it says "Adam, Abraham, Jesus, Muhammed: One Message, One God". (However, later in the slide show, it also states rather exclusively "Islam: The Religion of The Only God".)

The Ask a Muslim site claims to invite discussion, saying "We believe that clearing up the many misconceptions about Islam will make this world a better place. A place with less violence and hatred, filled with mutual respect and understanding."

But in the end, this just seems to be an attempt to poke the bear of Christian fundamentalism in the United States by a brand of Islam that is equally intolerant of dissent. Makes me wish both groups would just "let god sort it out," since they're both into fatalism: 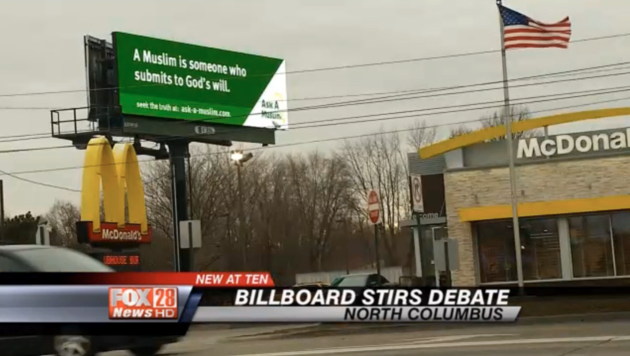