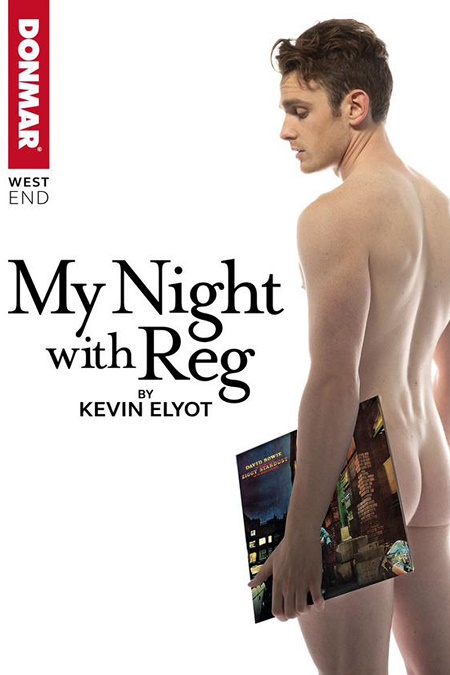 My Night With Reg is a 1994 play about gay men in London during the AIDS crisis of the 1980s. This poster, for the current revival revived at the Donmar Warehouse (and now the Apollo Theatre) was rejected by Transport for London for "male nudity," according to Pink News.

The poster, with a nude man holding the best rock album ever recorded, is a direct adaptation of the first edition cover of its book version.

In the past, Transport for London has been the subject of ridicule for its prudish advertising standards, once banning a poster for an exhibit at the Royal Academy of Arts for showing a 16th century female nude by Lucas Cranach the Elder.
Posted by Tom Megginson at Friday, January 16, 2015