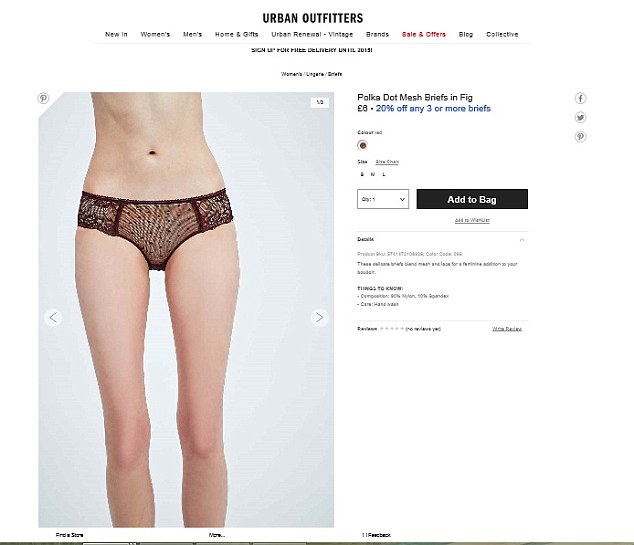 Is it a bad Photoshop, or does this model have impossibly long and skinny legs? Either way, the UK's Advertising Standards Authority ruled in favour of a consumer complaint that "the model in the picture was unhealthily thin, challenged whether the ad was irresponsible and harmful." It appeared in the UK version of the popular retailer's online catalogue.

The ASA ruling stated, "We understood that Urban Outfitters’ target market was young people and considered that using a noticeably underweight model was likely to impress upon that audience that the image was representative of the people who might wear Urban Outfitters’ clothing, and as being something to aspire to. We therefore concluded that the ad was irresponsible."

Urban Outfitters responded with "We do not believe she was underweight."

Another recent ruling against the chain found their ad for a "Fuck my liver" hip flask, advertised with the slogan, "Drink like the rebel you are," to also be irresponsible.