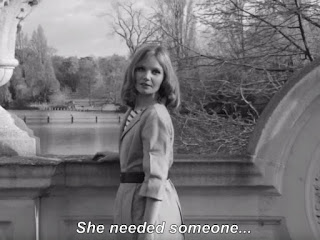 I can't believe I almost missed Shell's crowdsourced natural gas campaign. According to i100, the fossil fuels company offered $50,000 for young filmmakers to create "viral videos" to make it look more green.

One of the winners was this ridiculously-twee attempt to pander to Millennials:


It's pretty standard suff. But there's also this:


The ham-fisted parody of French New Wave films is trying to be cute, but assigning renewable energy to a helpless woman in need of a man (played by natural gas) is not exactly helping sexist stereotypes in advertising.

Worse, though: It's awful.