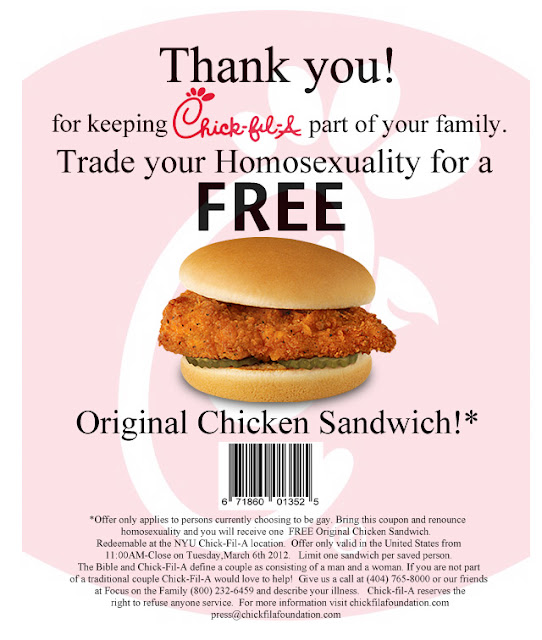 John Nelson and Robert Stiefler run the satirical Chick-fil-A Foundation, through which they troll fundamentalist Christians in the name of LOLs. It's presumably a reaction to the chicken fast food chain's recent messy run-in with the public fight over equal marriage in the US.

The coupon, above, was part of the Chick-fil-A Foundation's "Trade Your Homosexuality for a Chicken Sandwich Day!" promotion last year.

In the video below, John and Robert actually succeeded in redeeming two of the coupons at an unspecified Chick-fil-A, despite the fact that the fake text says it's valid at the controversial NYU store and only on March 6, 2012 (the video was just published two days ago).

I'm wondering if the manager just gave them the sandwiches to get rid of them quickly.

Here's a less obvious fake coupon from the site: 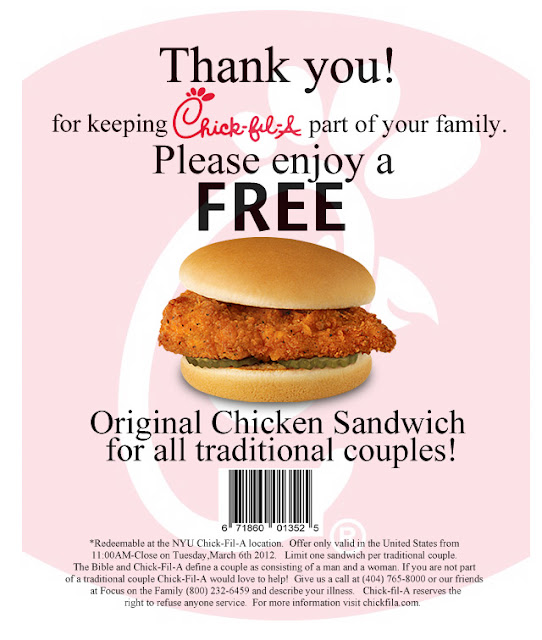