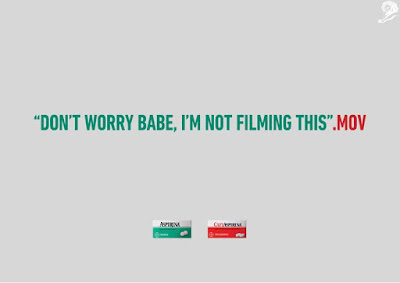 I first saw this ad on Twitter, shared by marketer Cindy Gallop, with the comment "Don't use this to sell aspirin, male-dominated ad industry, & don't award it, male-dominated juries. #canneslions"

Seriously. I'm a male Creative Director in this industry, and I think it's awful.

The ad is part of a series by AlmapBBDO of Brazil for Bayer. It won a Bronze Lion at Cannes 2016 in the Outdoor category.

The other two in the winning entry were a little less explicit: 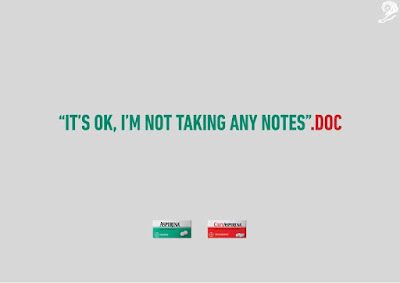 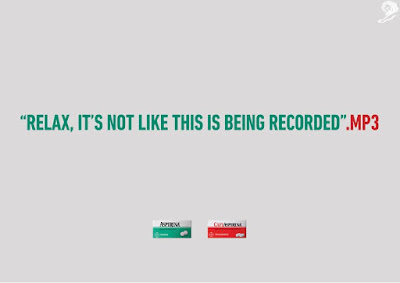 These are part of a over-arching campaign that describes situations that might give the listener/victim a headache. They play all kinds of stereotypes about ex-wives and protective fathers, and are mostly harmless.

I see a lot of regressive ads coming out of Brazil, and I'm used to a certain kind of humour in them. But this one, translated into English for an international awards show, is really bad timing for a joke about non-consensual filming of sex.

Yeah, yeah. Call me an "SJW" if you want. But I'm trying to raise a son into a man who doesn't exploit and abuse women. The idea of filming and possibly sharing an intimate sex tape of a woman without her consent is just not funny anymore. It's the kind of bro-attitude that we should be denormalizing, rather than normalizing, along with jokes about other kinds of sexual violation.

Bayer, BBDO, and Cannes should do better than this. It's 20-effing-16.

UPDATE: Cindy Gallop added, via Facebook, some further context as to why this ad's timing is so bad.

It turned out that the sexism was one thing, but what the global ad giant couldn't stand was that AlmapBBDO had paid for their own media placement. Even though Bayer had signed off on the ad, the agency paying to make it official is against the rules.
Posted by Tom Megginson at Thursday, June 23, 2016