What you may not have seen yet is the print part. Here it is: 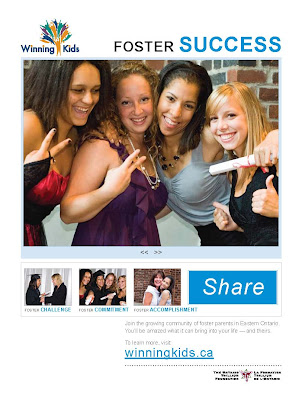 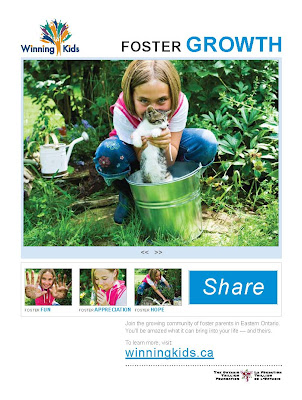 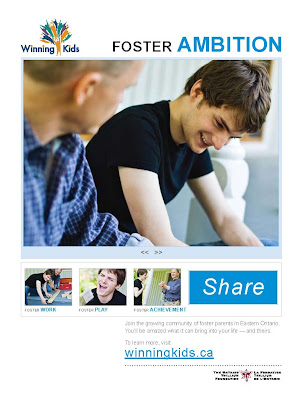 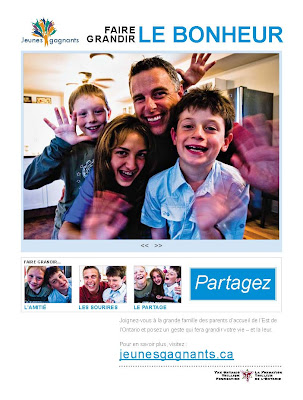 The ads were all presented at a gala launch in the Museum of Nature. I was gutted that I couldn't be there, but according to other team members who attended, it was a moving sight. Apparently the ads had some people in tears (in the good way).

The one that hits me where I live, though, is this one: 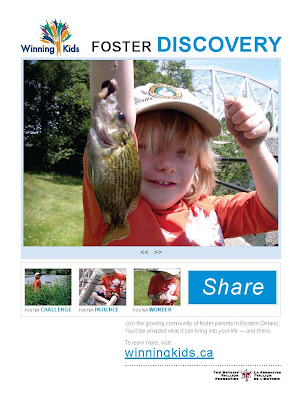 When we were brainstorming the campaign, we wanted everything to look user-generated. So to give the client an idea of the snapshot-style photos we were envisioning, we raided our own Facebook pages for family and friend photos.

All of the ads were professionally re-shot with volunteer models except this last one. That's my own son, on a Saturday fishing trip to neighbouring New Edinburgh last spring. Nobody could figure out how to re-create the scenario believably, so we just made due with my 5 megapix personal shots. (It was strictly catch-and-release, BTW.)

Thanks to Chris at Photolux Studio for a great job. And thanks to our team and all the volunteers. 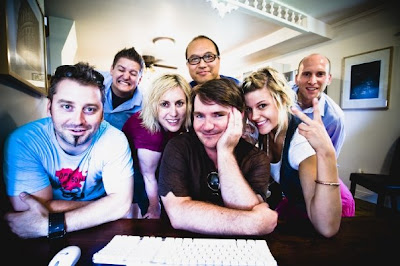 I'll blog the rest of the campaign later this week.
Posted by Tom Megginson at Monday, November 23, 2009