Adrants today posted about an anonymous woman from a convention whose pic he took and used on a post from some time ago. 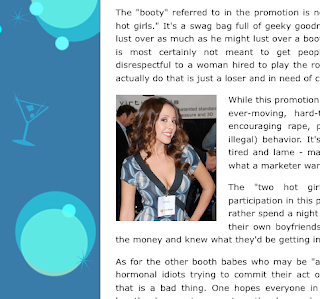 She is also on his Flikr.

Well, today this shot of an unknown woman came back to haunt him — quite unexpectedly — in a cheap PPC ad. He points out that neither the woman, nor he (the photographer) consented to this use. 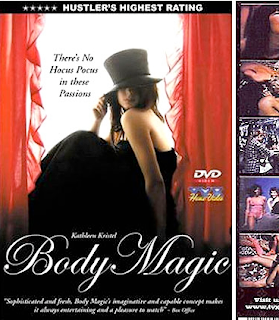 The fact is that unscrupulous designers and fly-by-night ad scammers frequently steal images to save time and money.

I captured this one last year:

That's French newscaster (and nerd heartthrob) Mélissa Theuriau. There are hundreds of photos of her posted on Google, yet the person who booked this ad didn't seem to realize subtlety can pay off.

Or not, as the internet has a way of uncovering even the most obscure intellectual property theft, like this Missouri family whose picture ended up in a retail ad in Prague.

How can you protect yourself and your family from becoming the unwitting spokespeople for some bizarre cult or flavoured personal lube? You can't really. Not completely, anyway.

Every photo you post to Facebook, Flikr, etc. that is publicly available can be downloaded or screen grabbed by anyone. Even profile pictures in forgotten online groups, or old shots scanned and posted by former friends and lovers, can be stolen and reused. It isn't legal, it isn't fair, but it is possible.

You can start by cleaning up your old albums and tightening up your security settings. But to be quite honest, the genie is out of the bottle. You might as well accept that you are only protected by your anonymity, and try not to do anything to get the scammers' attentio....