Oreo does its part in the mainstreaming of gay pride 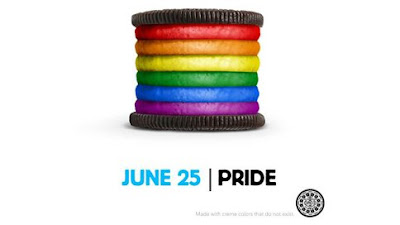 According to AdFreak's David Griner:

Around 8 p.m. Eastern, Oreo posted a gay-pride-themed picture featuring a six-layer cookie colored like a rainbow, with “June 25” and the word “Pride.” The caption said “Proudly support love!” (The significance of the date is unclear, at least to me. San Francisco’s famous Gay Pride Parade was the 24th, as was the one-year anniversary of New York’s Marriage Equality Act.)

I've said it before, and I'll say it again: the tipping point for gay acceptance in the United States is well behind us. Marketers know this, which is why you'll see big suburban, soccer-momin', minivan-drivin',  Fifty-Shades-of Grey-hidden-in-the-bedside-table-readin' brands like JC Penney are standing up to the anti-gay lobbies.

Besides which it's not as if Kraft has anything to fear from "One Million Moms". They already pissed off those fundamentalist astroturfers when they used the colloquial euphemism "shut the front door!" in an Oreo ad last winter.

The response, both positive and negative, has however made the Oreo Facebook page blow up real good...

Although when I visited it, I discovered that this wasn't the first rainbow Oreo: 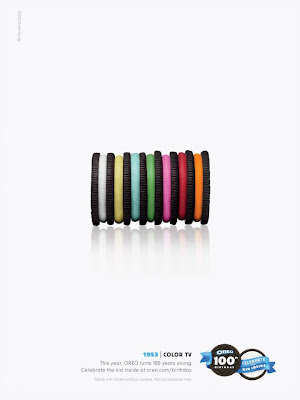