Bic learns the difference between comedy and advertising 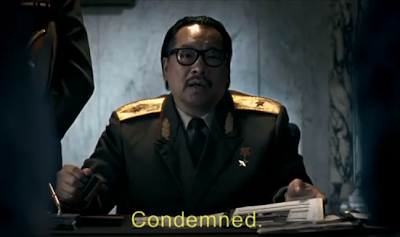 Obviously inspired by the culturally-charged humour of Sacha Baron Cohen, some creatives at CP+B developed this funny little skit for Bic Canada.

You can see the gag coming, but in ad terms it helps to underscore the product benefit of Bic pens' presumed reliability (versus the crap he uses). It's a solid piece of work.

The problem is, branded advertising is not comedy. When Baron Cohen parodies Kazakhs, Austrians, homosexuals, North Africans or the British underclass for purposes of lampooning prejudice, it is art. Silly, dick joke, art at times. But the only brand he represents is his own.

This is where advertisers need to tread carefully. A "banned" ad has great potential for viral takeoff. But as more and more people see the agency's skit (which is mostly good for their brand)  the more people are exposed to the client's brand in a negative context.

Here in Canada, that context is "racism":

Bic Canada began hearing from consumers who were offended by the ad almost immediately, and by Tuesday afternoon, the day after its launch, had decided to pull it off the air. As of Thursday afternoon, it had received 48 e-mails complaining about the commercial.

Most of those messages mentioned the fact that the viewers were offended by the racial tone of the ads. Complaints included descriptions of the ad as being “racist,” “insensitive” and “tasteless.”

A fine-print disclaimer at the beginning of the ad specifies that the setting is a “fictitious country,” but this did not mollify viewers.

Bic Canada announced the retraction on Thursday, once it was sure the commercial had been pulled from all of its TV channels.


Here's the problem: we live in a multicultural society. Other cultures are no longer impersonal caricatures for our arrogant amusement. They are our friends, neighbours, coworkers — and customers.

Parodying Asian dictatorship (obviously a shot at North Korea) with a fictitious language was bound to offend people. As a bonus, they make light of the human rights abuses that organizations like Amnesty International fight so hard to get people mobilized to stop.

Just dumb, guys. Do your sketch comedy on your own time and dime, where you can answer for your own choices. Bic has pens to sell, and PR fires to put out.

Via Copyranter and The Globe and Mail