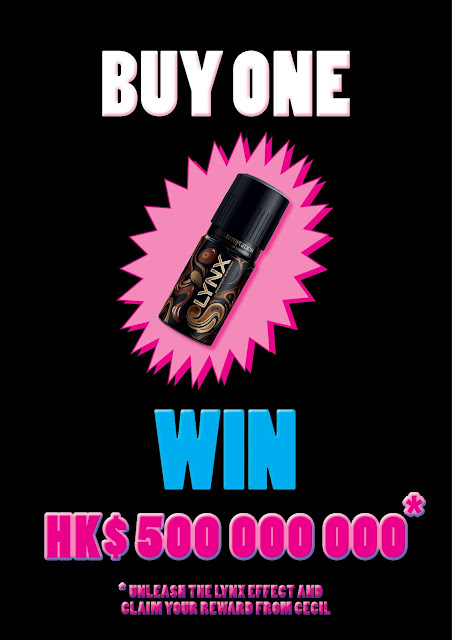 This silly little promotion is on the Lynx Hong Kong Facebook page. But it has a shady context.

Cecil Chao is the Hong Kong billionaire who has offered a $65 million "marriage bounty" to any man who marries his daughter, Gigi Chao.

Gigi, 33, has a longterm relationship with another woman, who she wed via civil partnership in France earlier this year.

So to recap, Lynx/Axe would like you lads to know that drenching yourself in that stank is a surefire way to "convert" lesbians.

Tip via Neil Hopkins, who shared the story from AdAge
Posted by Tom Megginson at Wednesday, October 17, 2012