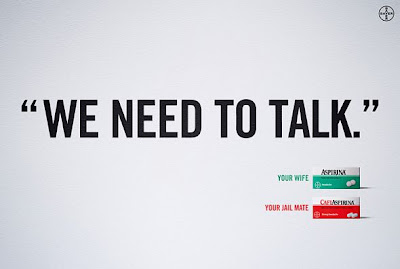 The assumption that, in prison, men force other men into sex is a common one. One person I know who has actually done (light) time told me that it's something nobody dares joke about behind bars. In the world of popular culture, however, it's one rape joke that seems to persist in "polite" circles.

It's subtly implied, in this ad from Brazil's Almap BBDO, part of a campaign for Cafiaspirina, Bayer's caffeinated headache pill marketed in Latin America. But even without the underlying violent implication the homophobia still makes my head hurt.

See the whole campaign at The Drum.