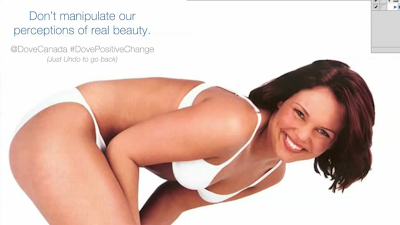 Well, this is neat. Ogilvy One in Toronto anonymously created a fake Photoshop Action (a free add-on) for Dove, posted it on Reddit and on design forums, and presumed to trick Art Directors, designers and photo retouchers into downloading it. They called it "Beautify" and it was supposed to add a skin glow to models.

It did something entirely different:

Very clever PR stunt, but was anyone really duped? And if they were, what were their reactions? Nonetheless, the gag isn't really the ad that will meet Dove's objectives. The video is. It's on-brand, and extremely shareworthy. Well done!

Tip via Ads of The World
Posted by Tom Megginson at Monday, March 04, 2013