The problem of retro brand racism


When I was a kid, this kind of stereotyping on native people was simply part of the landscape. We had "Indian" costumes, wallets, fake tomahawks and plastic soldiers. And the brands around us reflected this casual racism.

But the potato chip packaging above is not from the 1970s. Krispy Kernels snack foods, of Quebec, decided to reintroduce their old packaging as a "vintage edition," according to the CBC.


Interestingly, the old design was in use until 1990, when the Oka Crisis forced a more sensitive re-evaluation of Aboriginal issues in Canada.

While there is a certain value in recognizing how much things have changed in the past few decades, the ironic use of such a stereotype for marketing purposes seems at best misguided and at worst ignorantly racist.

It gets even worse: The company has an in-store contest that encourages people to take pictures of theor faces in a standee of a loinclothed "little Indian": 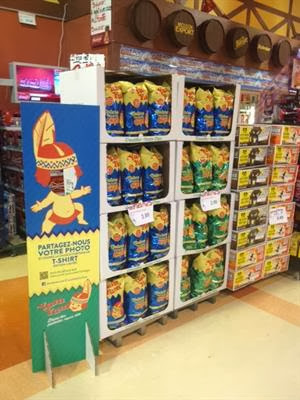 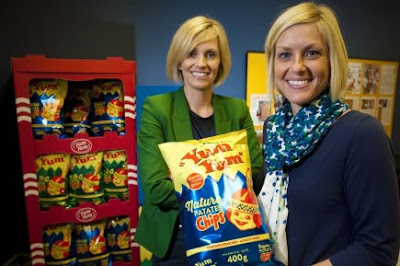 “It's just like ‘look at that, I'm pretending to be an Indian. You're just perpetuating racial stereotypes. You're just continuing to mock us by doing things like this.”

Interestingly, Krispy Kernels claims the packaging is a nod to the legendary founder of the potato chip (disputed), who was Native American:


It all began one August night when a customer, offended by the greasy taste of his french-fried potatoes, sent them back to the kitchen. Chef George Crum, who was of Native American descent (which inspired the Yum Yum logo), was equally offended by this return. Averse to criticism, Crum decided to seek revenge and furiously chopped up a new batch of potatoes. Slicing them as thin as paper, he threw them in a boiling hot oil-filled fryer and removed them once crisp and golden. He then seasoned them heavily and served his dish to the picky patron.

The company said the caricature on the package is a return to the company's roots, and is not meant to be mocking.

The campaign page has since been taken down.