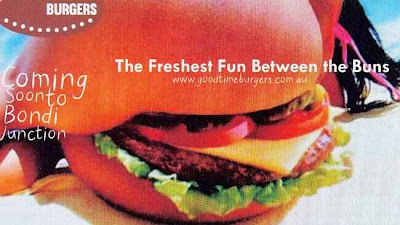 Presenting women as sexy food is nothing new in the ad world. But it's doubtful that any other fast food advertiser will top this Australian ad for "Goodtime Burgers" in tastelessness.

mUmbrella's Alex Hayes reports that this ad appeared in December’s issue of The Beast, a community magazine in Bondi Beach, to promote the opening of a new restaurant.

Consumer reaction was swift and negative.

From the Advertising Standards Bureau report:


A sample of comments which the complainant/s made regarding this advertisement included the following:  A burger patty and accompanying lettuce etc is lodged in a woman's private part, the woman's body and private parts are objectified as something for people (probably men) to consume.


...the advertisement has no intention to be obscene. The image which features a woman’s rear in the fore-ground is not heavily detailed. The image which acts as a burger bun does not feature obscene body-parts, rather uses the shape of a rear to form the shape of a burger. The purpose of the advertisement was and still is to be eye-catching, iconic, memorable and to ride on the coat tails of everything associated with Bondi Beach.

And the Bureau ruled:


...although the advertiser intended the image to be a humorous depiction, the close up image of the woman’s bottom and the portrayal of her bottom as a burger likened the woman to a piece of meat or object for consumption and objectified women. The Board also considered that this depiction of a woman as a burger is exploitative of women and degrading.

And disgusting, quite honestly.

It's not even an original idea. The image is ripped from a Photoshop gag that made the rounds a few years ago, when Kim Kardashian was a spokesperson for American burger chain Carl's Jr. The real ad was a typical "sexy" one from the chain, but some nameless wag took it one step further: 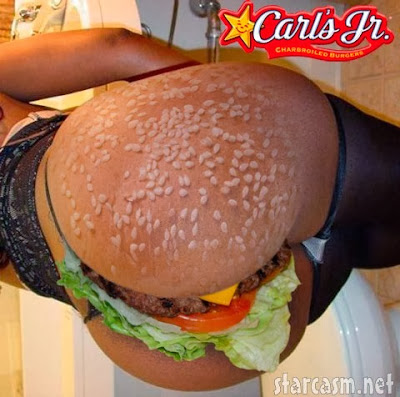