Update: The video has been removed from the official YouTube channel. The replacement embed is from the Globe and Mail. 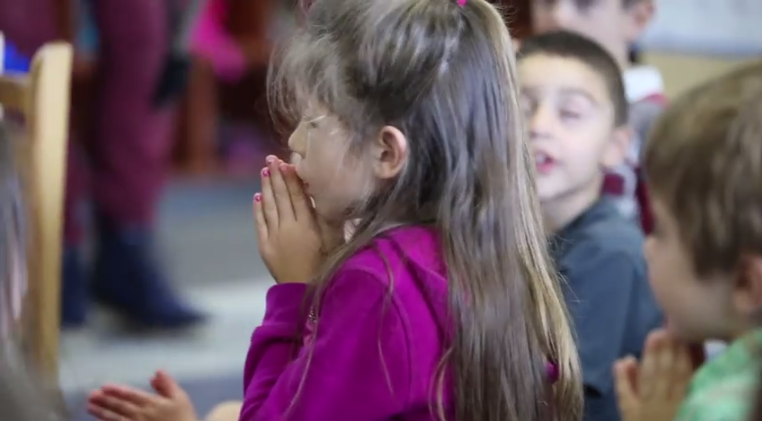 Whenever I get into smug internet arguments with Americans about their religious craziness, I am always afraid they'll trot out an obvious problem with Canada's secular la la land. That problem is publicly-funded Catholic schools.

The reason for their existence is complex, and has to do with Canada's history as a state of compromises. In our early days, both the Anglican and the Roman Catholic churches received land and special rights — including separate education systems. This was partly because Canada was essentially a French colony conquered by the English, and religious, linguistic and legal accommodations had to be made to keep the place together. As well, Canada had large populations of Anglophone Catholics who regularly fought with their Protestant neighbours.

Education is under provincial jurisdiction in Canada, and in Ontario the "Protestant" school system evolved into a secular public system, while the Catholic one remained religious. This has caused continuing debate in Ontario, but the provincial parties tend to shy away from addressing the issue. It is interesting to note, however, that in the recent teacher labour disruptions the Catholic elementary school union was quick to accept a deal from the Premier while the public teacher's union fought long and hard. Another compromise for continued support?

I won't get into all the reasons why I believe that separate religious education needs to be ended in Ontario as soon as possible. In skipping over this, I hope I don't cause too much offence among friends who have graduated from the system, and have sent or are sending their children to it. I'm not judging you, I'm just pointing out that the separate system goes against the secular nature of our modern world, and having parallel boards of education is a massive waste of taxpayer money when the government tells us they can't afford the status quo.

This is an advertising blog, so obviously this short rant was inspired by an ad. Here it is:

There are lots of things that bother me about this video, but the worst thing about it is how it directly attacks the public system by claiming the religious values in Catholic schools make them "better."

Michael Barrett, president of the Ontario Public School Boards’ Association, is quoted in the Globe and Mail:

Me too. And I'm further annoyed that school systems are spending their funds to compete with each other for students. Yet another waste resulting from clinging to outdated educational separatism.

Disclosure: I am married to a public school teacher.
Posted by Tom Megginson at Friday, January 17, 2014