Is this really "redefining beauty"?

There's a quite a bit of backlash against excessive Photoshopping of models over the past few years. From snarky comments by subjects who don't recognize themselves post-PS and anti-Photoshop marketing campaigns to outright bans on excessive photo alteration, retouching has never been more in the public eye. In some cases, the backlash can even be accused of going too far.

Some magazines, like Seventeen have responded to public pressure by promising to stop airbrushing models to death. And of course some fashion brands are jumping onboard.

Which brings us to this: 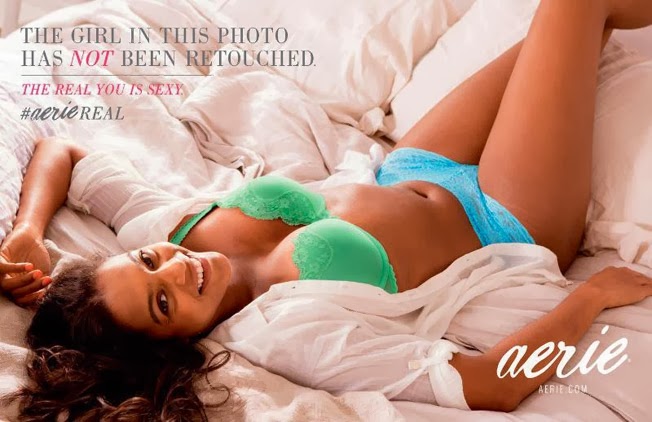 The "all natural" approach by aerie, the lingerie brand associated with American Eagle, is understandably getting noticed. AdFreak's Roo Ciambriello calls them "Simple, Revolutionary Lingerie Ads." But as Adrants' ever-subtle Steve Hall points out, "Of course we're never going to see girls in these campaigns that aren't already naturally hot." 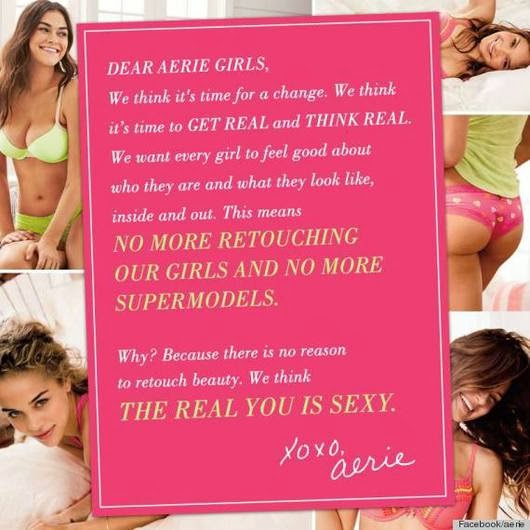 While it's laudable that the models don't have artificial thigh gaps or plasticized skin, they are not exactly ordinary people. Not that we should entirely expect them to be, I suppose. Models are hired based on their looks. But attempting to take the higher ground by saying the brand represents "the real you" can expose it to greater scrutiny as well.

Remember when a Dove "Real Beauty" casting call was leaked? It specified "BEAUTIFUL ARMS AND LEGS AND FACE WILL BE SHOWN! MUST HAVE FLAWLESS SKIN, NO TATTOOS OR SCARS! Well groomed and clean...Nice Bodies..NATURALLY, FIT Not too Curvy Not too Athletic." (Caps theirs.)

Underwear models, like swimsuit models, tend to have pretty "flawless" appearance to begin with. I get it. Fashion is aspirational, and people want to believe that the clothes will make them seem sexy, or beautiful, or powerful, or cool, or whatever the brand promises. It always has, even long before Photoshop existed.

However, the question for me is whether a lingerie brand that features beautiful young women lounging around provocatively in underwear should be celebrated for not gilding the lily (so to speak) by altering them to remove their few "flaws."

Maybe just a little bit, but not too much. It's still feeding into female stereotypes of what acceptably sexy bodies look like, and how their sexuality is presented to the world.
Posted by Tom Megginson at Tuesday, January 21, 2014