"Vaginal" advertising doesn't get much sleazier than this

More than 20 years ago, before I got my first agency job, I recall having a decidedly non-sober discussion with my friends about sex in advertising: "If things keep getting more explicit," I joked, "some day you'll see an ad that just shows a beer coming out of a great big [crude euphemism for a vulva]."

Guess what? It's (sort of) finally happened: 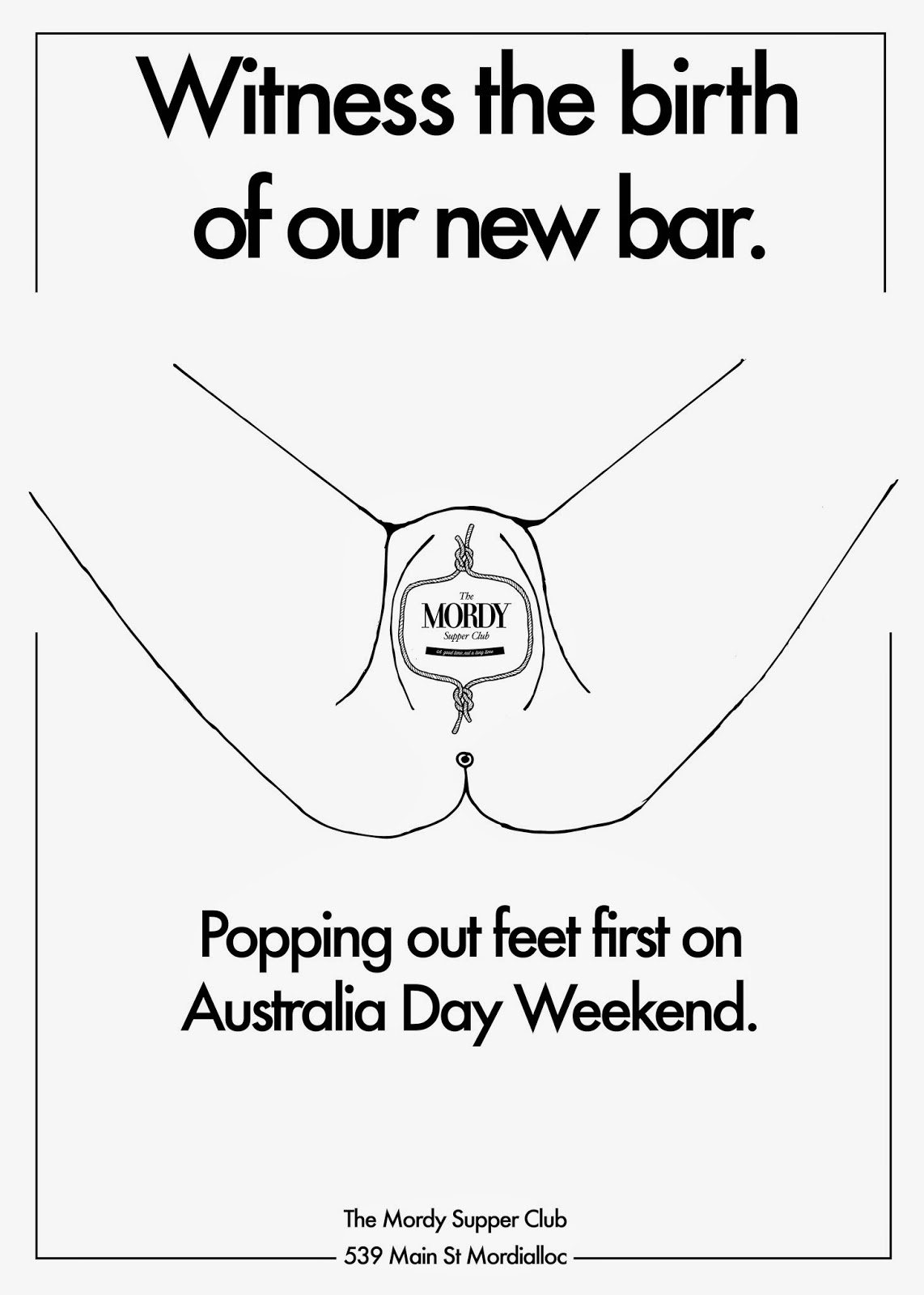 Okay, it's a bar logo rather than an actual beer. But it's just as wrong.

This new low is brought to you by an Australian bar called Mordialloc Supper Club. The obvious plan to get free exposure through bad PR worked without even having to buy any media, as the Victorian Commission for Gambling and Liquor Regulation used its licencing authority to ban the image from Mordialloc's web site and Facebook page.

The VCGLR's ruling states, "the promotion is not in the public interest as it objectifies the female body and the commission considers it is likely to offend the ordinary reasonable person" and threatened the bar with a $17,323.20 fine if it didn't remove the image from its digital assets. (It's still archived on their blog, however.)

Yeah, I know. I'm compounding the problem. But I'd rather call out what I see as the worst offences of my industry than just let them fester. This one isn't just conceptually and executionally lazy, it's also pretty offensive to women and the whole idea of childbirth.