This Carl's Jr. spoof(?) is not far from the real thing 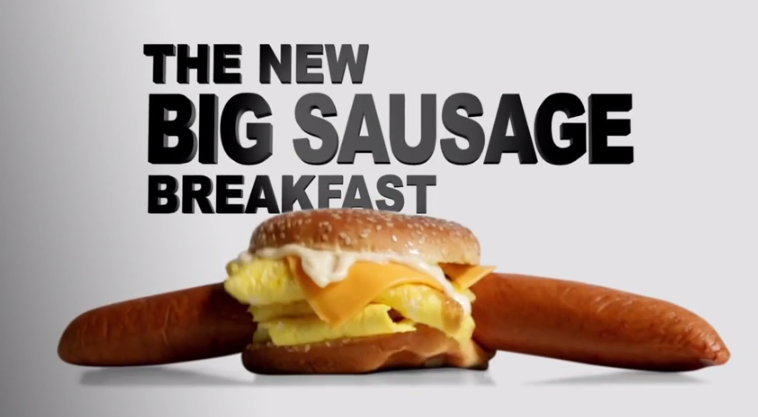 The ad features Fernanda Romero posing provocatively for the camera, showing off cleavage, and fellating a sausage. You've been warned.

Someone claiming to be Ms. Romero took to Reddit yesterday, saying:


Howdy Howdy! I am Fernanda Romero, an actress (recent films include Ghost Team One and Mission Park). I just appeared in a Carls Jr ad that sadly didn't air on the Superbowl.

"Sadly"? The video was roundly panned by Redditors, who suspected a Carl's Jr. PR stunt. According to Perez Hilton, however, Carl's Jr. has stated, "They say imitation is the sincerest form of flattery. But, we had nothing to do with this spoof ad."

It's definitely high budget, and is pretty close to what they've already done:

Whether it's gonzo marketing for burgers, or someone else's bid for fame, I'm sure it will play out pretty soon. Not that this is great for women in media either way.