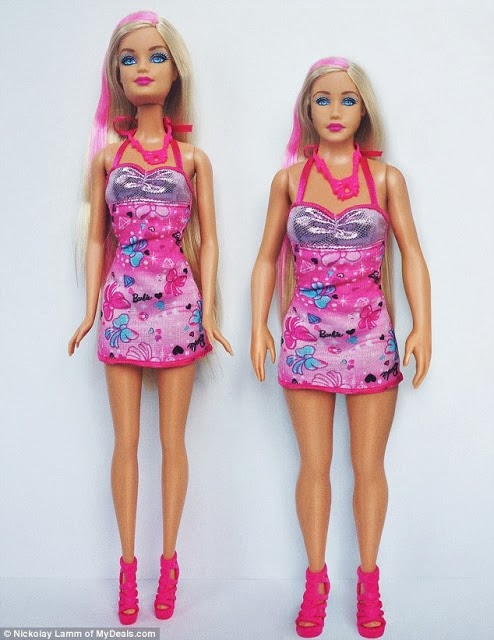 
Lamm decided to take matters into his own hands after being bombarded with questions about where to buy a Barbie of normal size. The entrepreneur is offering prototypes of his toy to the first people to donate to his Kickstarter campaign, but his plan is to eventually be able to distribute the doll widely online and in retail. The longer term vision also includes embracing diversity by creating dolls with different ethnic backgrounds and body types.

The final Lamily is brunette, not blonde, and she also fully-articulated, allowing "her" to do a lot more than standing around stiffly: 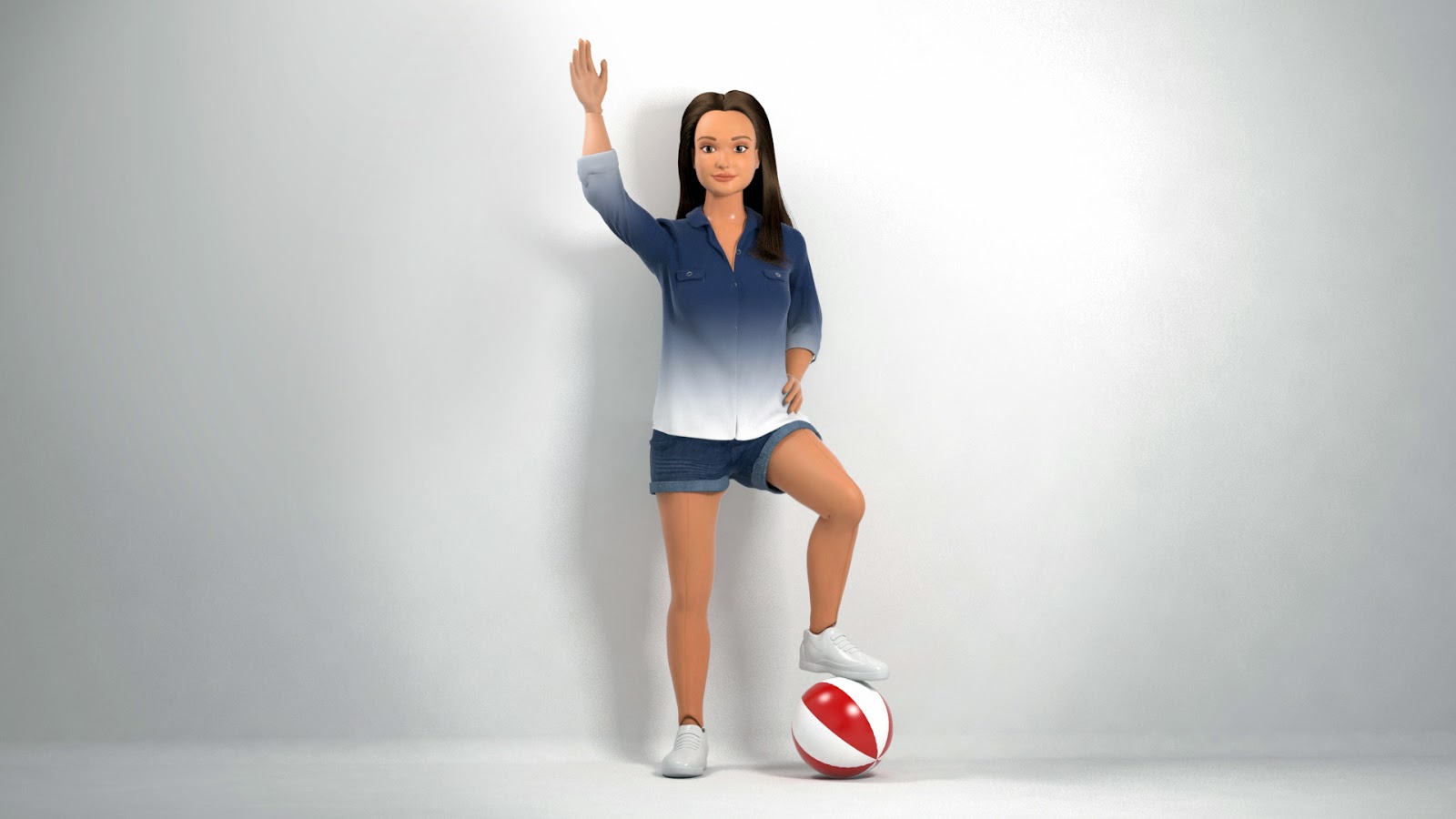 Would you prefer this doll for your kids? Or will she end up being a real world "Lisa Lionheart"?
Posted by Tom Megginson at Wednesday, March 05, 2014