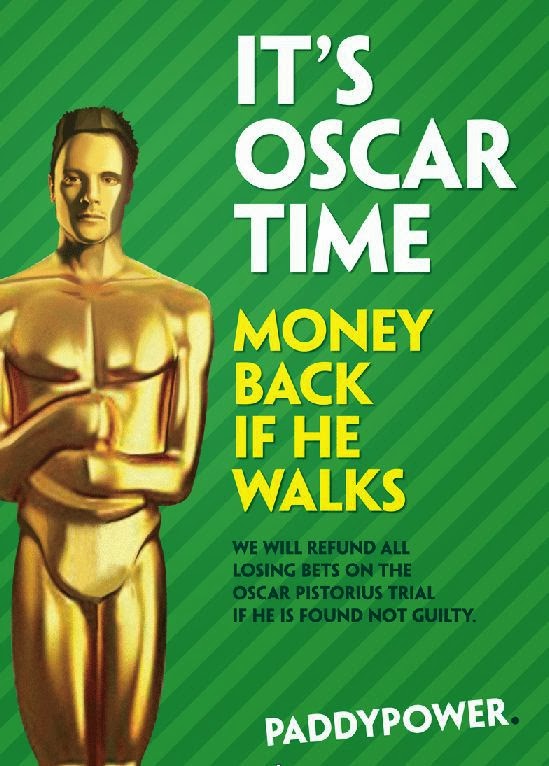 It's not easy to be a more insensitive and offensive advertiser that PETA, but online betting outfit Paddy Power does it on a regular basis.

This time, it's an "Oscars" ad that features accused murderer and elite athlete Oscar Pistorius. And oh, did they get what they wanted:


Paddy Power's controversial ad campaign featuring Oscar Pistorius, which offers "money back if he walks", is to be investigated by the UK's advertising watchdog after receiving nearly 50 complaints.

The adverts, which offer refunds for losing bets if the South African Paralympian is found not guilty of the murder of his girlfriend Reeva Steenkamp, has been criticised for being in bad taste.

The ASA (Advertising Standards Authority) received 46 complaints in two days and has now decided to launch a formal investigation.


Now there's a Change.org petition to "please remove your offensive betting on the outcome of the Oscar Pistorius trial and donate any profits so far to a women's charity fighting violence against women." It has, of this writing, 122,610 digital signatures.

Not that any of the offended are in Paddy Power's target market. In fact, I wonder if they actually get more business from stunts like this (and this, and this) than they ever had the potential to lose.

It's a cynical adworld out there.
Posted by Tom Megginson at Wednesday, March 05, 2014