We tend to think of the mid-20th century as a prudish era, but it was only that way in public. In bars (top), garages (centre) and men's magazines (bottom) women were presented as sexually-available playthings — even as they were expected to be virginal angels or dutiful wives in the outside world. 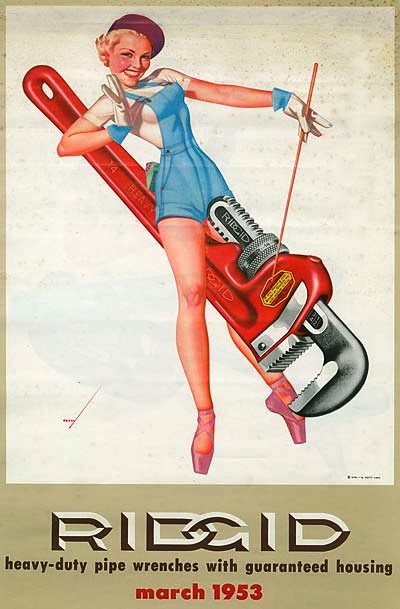 This was the time of our parents and grandparents, when sexual discussion and fantasy was the privilege of men. Which is why pool halls and barbershops were off-limits to my mother, when she grew up in small-town Canada.

It's not that we're any more or less dirty-minded than previous generations. We just brought it out in the open, where the differences between harmless jokes, sexist tripe, and serious harassment are exposed in the light.

Personally, I like it better that way.
Posted by Tom Megginson at Monday, March 03, 2014