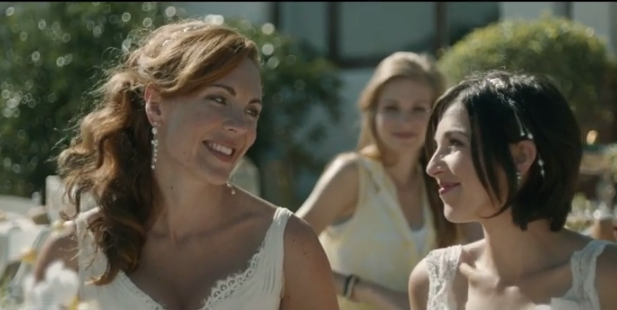 It's getting harder and harder to keep track of all the ad campaigns that embrace marriage equality. The most recent headline-generator was Honey Maid's "wholesome" campaign, and especially their video response to the resulting criticism.

Compared to such epicness, the brief validation of two women in wedding gowns in this rather heavy-handed emotional brand video seems almost conservative:

Same-sex marriage has been nationally recognized here in Canada since 2005, so the brand isn't taking the same chances as an American one would.

Regardless, good for Maple Leaf. I don't usually buy their products, as I'm kind of grossed out by processed meats that come from industrial facilities. But at least they're adding some progressive social realities to their brand.
Posted by Tom Megginson at Friday, April 04, 2014