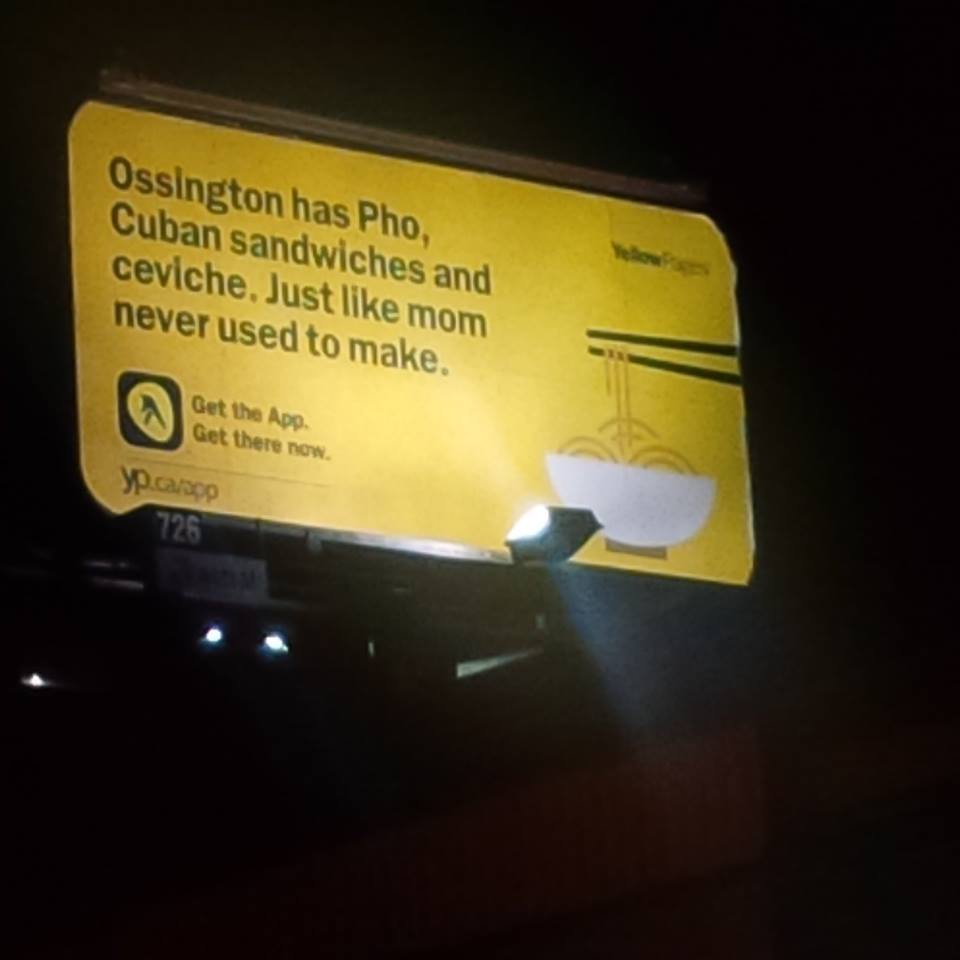 If you just answered "yes" I want you to look in the mirror. Are you a white person? A man? Of "generic" (primarily British or Northern European) ethnicity? Are you from the 1950s? Do you live in a goddamn bubble?

Because let me tell you, I'm pretty sure the creative team who thought this up, and anyone who approved it, were at least two of those things.

This billboard, posted publicly in one of the most ethnically diverse cities in the world, is a problem for me. It reads as a conversation between one white guy like me and another, and in doing so it casts everyone who grew up with Vietnamese, Cuban or Central/South American food into the category of "others".

In rattling off a joke about multiculturalism, the ad actually negates the very people who make Toronto multicultural: "Vietnamese restauranteur, we love your exotic soup, but you're not really one of us."

I have no doubt that the agency team meant well, or at least thought they did. They were just so out-of-touch with the reality of Canada that they thought is was OK to have a major brand jokingly exclude a large number of the people who walk by its billboard, just because they didn't grow up on peanut butter sandwiches.

I won't even get into the sexist implications of "mom" making all the food, because it's just a lazy cliché.

UPDATE: Audra got them to agree to pull it