Meet Dom Raso. He totally isn't reading a teleprompter. He would also like you to know that you can't trust the media, but you should trust him because he totally doesn't have a political agenda.

Mr. Raso works for NRA News. He is also a Navy Seal veteran, wearing a t-shirt promoting Operation Hawkeye, an organization that works for honour and recognition of special operations soldiers killed in the line of duty.

Operation Hawkeye, in turn, gets support from Nike. Which explains the logo on the shirt.

Only problem is, the Nike logo has now been used to endorse assault rifles, or at least an insistence that civilians have access to them and be able to take them everywhere. 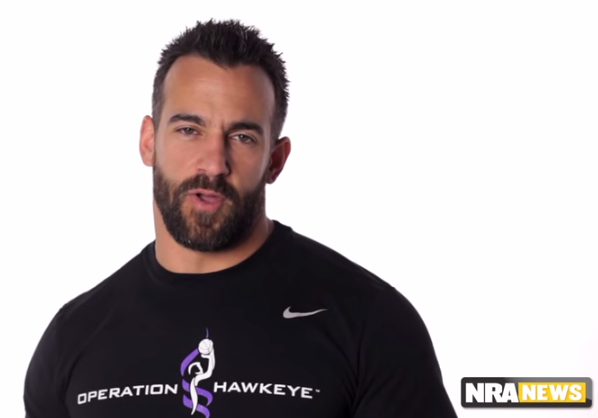 I wonder how Nike feels about that?