Now you can protest with #Femen without taking your shirt off 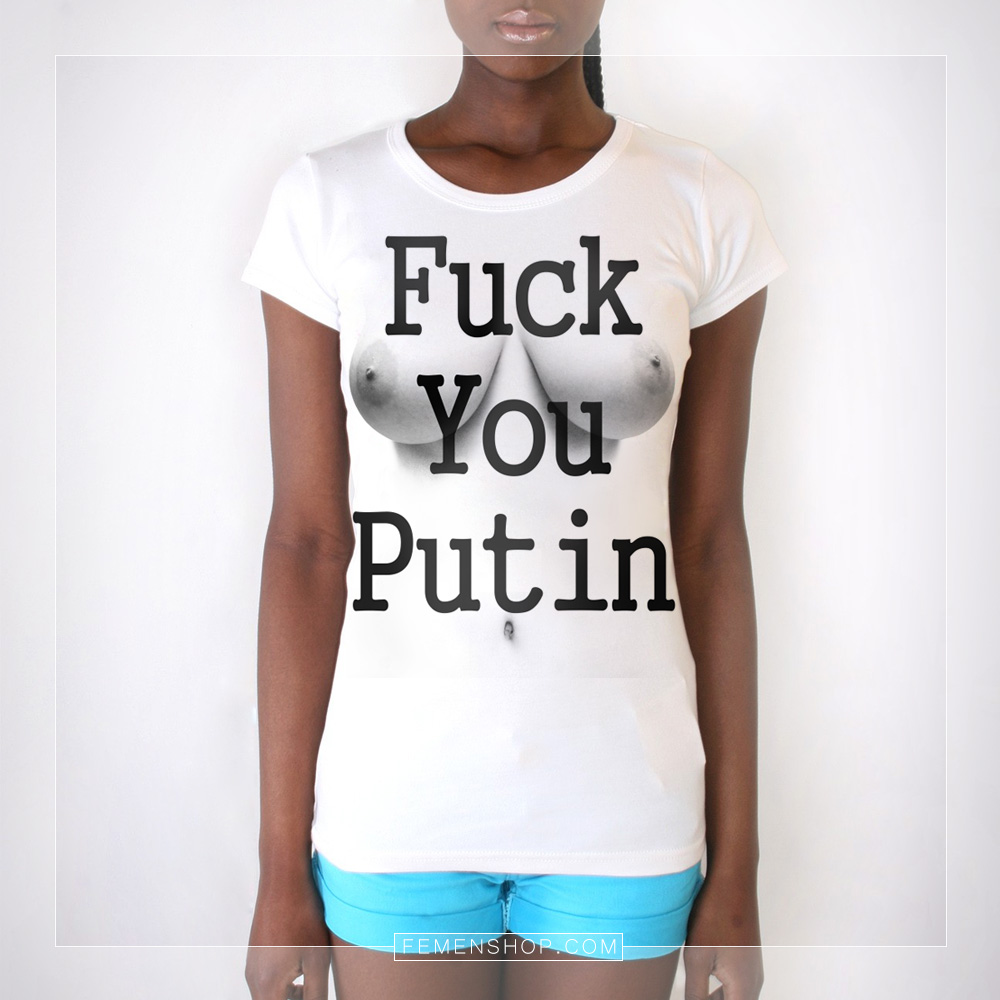 It's been a while since I've written about Femen, the Ukrainian-born topless protest group that has since gone global. But this tee, just Tweeted, and on sale at their web site, seemed timely.

Considering that the group considers their bare breasts "weapons" in the war against misogyny, creating a clothed toplessness raises some questions: Is this self-aware parody? Commoditization of their tactics for fundraising? Or just a more accessible form of solidarity for shy women (and flat-chested men)?

There's another version of the shirt that reads, "Every Woman is a Riot" in reference to Pussy Riot - the allied Russian punk protest band that won the world's support when some members were jailed.
Posted by Tom Megginson at Friday, July 25, 2014