These racists need a lesson in Copywriting 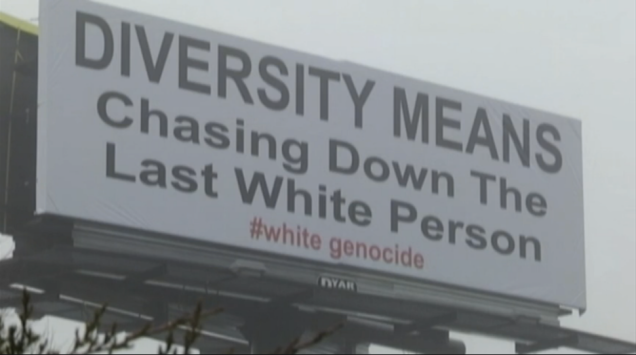 I'd probably be really upset at this billboard if I could figure out what it's trying to say. I get the "diversity means" setup, but the jump from that to "Chasing down the last white person" leaves me scratching my head.

I'll take a wild guess that the advertiser, League of the South, is trying to tell people that the real objective of a diverse society is to eliminate its majority population. But that doesn't seem to make much sense, does it? That's like saying the purpose of putting sugar in your coffee is to remove all traces of java in your cup.

Anyway, I suppose putting two sentences together to communicate a coherent thought is too much to ask of people who don't know how hashtags work.

Image via Gawker
Posted by Tom Megginson at Tuesday, January 13, 2015