Do not watch this ad:

Why not? Because it's one of the most sexist things you'll see today. (If you're lucky.)

I'm not opposed in principal to sex in advertising. It's one of our most potent triggers, after all. And when I see fellow Hoser Pammy Anderson in an ad, I know what I'm in for.

So why am I being all square on this one? It's the context.

If you took my advice and didn't watch the ad (yeah, right!) let me give you the scenario: Pamela plays the CEO of a company who challenges her team in the boardroom to come up with a better domain hosting solution. Our hero, however, is too busy fantasizing about his boss in a bikini, rubbing round bits with her bikini-clad female secretary, while they are doused in cream. (Yeah, really.) He suddenly snaps out of the fantasy as Ms. Anderson puts him on the spot for a host, and he spits out the name of the sponsor.

Who could possibly have a problem with that? 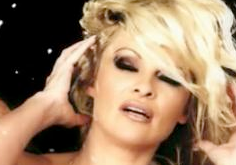 "[the ad] belittles women in the workforce and portrays them as sexual property”.

That's a sample of public complaints received by the Australian Standards Bureau since the ad first ran last December. According to ARN, they have now banned it from broadcast.

The client claims that big brands like Coke have run sexy ads before, without getting banned:

“The ASB is treating us differently under the same code of ethics as it did for the multinational likes of Coca Cola and Lynx and that just doesn’t seem fair,” he said. “I believe it is trying to set a precedent here with regards to supposed objectification of women but it is going about it the wrong way and punishing us for something that should have been done before.”

I think they may be missing something, though. First of all, I can't recall any Coca-Cola ads featuring fake lipstick lesbians actively engaged in performing male fantasy moves. Second, the workplace thing really bugs me.

In my field, I work with a lot of women. I've worked for women. I respect women.

When men and women work together, there's an implicit agreement that we ignore the 800 pound gorilla in the boardroom that is our natural sexuality. I won't claim that men don't have an instinct to objectify women. But as Katharine Hepburn said to Humphrey Bogart on the African Queen, "Nature, Mr. Allnut, is what we are put in this world to rise above."

This ad is socially dangerous because it breaks the agreement, and seems to imply that it's perfectly normal to think of your female boss and colleagues in purely sexual terms. I'm uncomfortable with the censorship, because far worse things have been done on TV. But I have no problem calling it out as an example of bad taste.