Bring the boobs back to Sesame Street

No, I'm not talking about that Katy Perry fiasco a couple of years back. This is something altogether more innocent: breastfeeding.

Back in the '70s and '80s, Sesame Street included breast feeding promotion as part of its educational mandate to American kids.

Here's Canada's own Buffy Sainte-Marie doing it with her son Dakota "Cody" Starblanket Wolfchild in 1977:

And here's the character Maria (played by Sonia Manzano) nursing her real-life daughter, Gabriela, in 1988:

It's practically the same scene. But something happened on Sesame Street, as it grew out of its baby boomer roots and started becoming a corporate merchandising goliath. Breastfeeding somehow became something inappropriate for a kids' show.

The most damning piece of censorship is a touching musical segment called "You're My Baby".

In the original '70s version, the camera lingers on a nurseling: 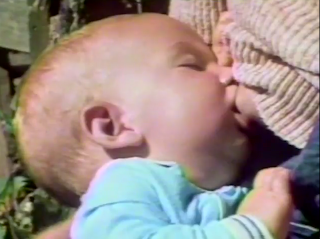 Twenty-plus years later, when it was remade for a new generation of kids, the breast was replaced: 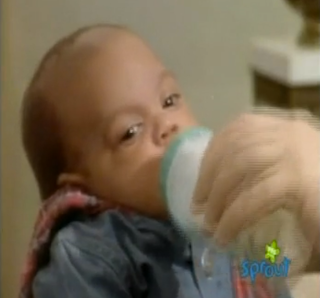 While certainly reflecting the reality, for many America parents (especially moms with very limited maternity leave!) the very deliberate substitution irked breastfeeding advocates such as Lani of the Boobie Time blog, who has started a petition to try to convince Sesame Street to promote breastfeeding again.

Why is this a big deal? Back in the earlier days, the show was actively promoting a behaviour that was in the interest of American babies. Breastfeeding rates were going up overall, but the increases were mostly accounted for by affluent "white" women. Rates among Hispanic and African Americans remained low. Sesame Street, the great social leveller, was doing its part to normalize the practice among all its viewing families — it was one of the show's many embedded bits of social marketing.

Zoom forward to the present, and American women continue to experience anti-breastfeeding sentiment, in public places, despite many legal protections. To put it bluntly, there are many who consider breasts to be sex-only organs, and who consider their public exposure in breastfeeding to be obscene.

In the latter "you're my baby" video, Sesame Street may have been reacting to the way many of its viewers really feed their babies — being descriptive rather than prescriptive. After all, the revolutionary show has focus groups and organized "decency" mobs to worry about now.

But can't they take a leadership position again? To model a better world than the one some viewers find themselves in?

I'd love to hear your thoughts.

Thanks to my sister, Mary Jo, for sharing this story with me.
Posted by Tom Megginson at Wednesday, January 04, 2012