I found this postcard in a box of old family records a few years ago, and just stumbled upon it again in my New Year's cleanup: 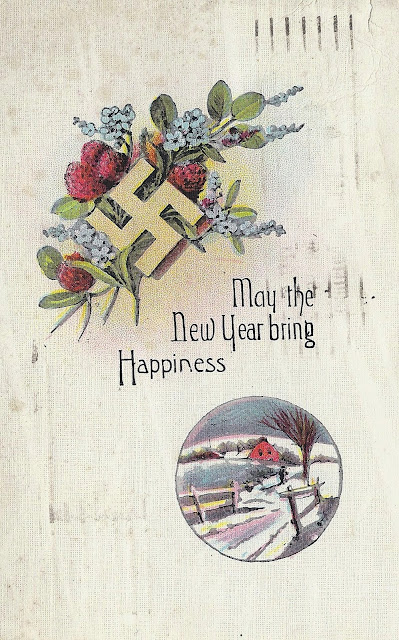 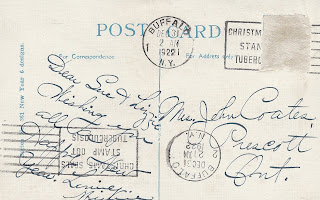 Many of you will already be aware that the swastika is a very ancient symbol that was appropriated by the Nazis. That had already happened before 1922, when this card was sent, but it was much better known at the time as a charming old "good luck" symbol.

Here are some other examples: 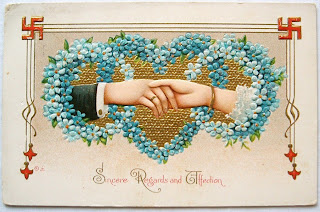 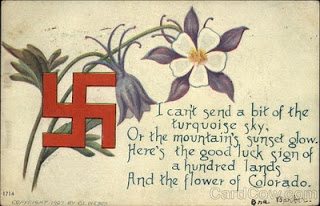 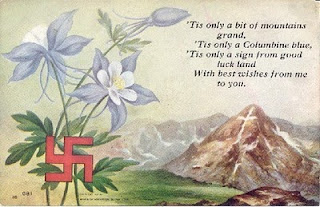 The innocence of the symbol would soon end, in the west anyway. The swastika is still a popular religious and folkloric insignia in Asia. You can even see it on packaged goods at the Chinese grocery store.

But it still freaks me out. It's just a symbol, but it's one that we've been raised to have a visceral reaction to. From health, wealth and happiness to hate, genocide and war. It's amazing that a little cross could carry so much baggage.

Here's to a year ahead with as little evil as possible.
Posted by Tom Megginson at Sunday, January 01, 2012