Are soft drinks now off limits for celebrity endorsement?


Pepsi has long had a close relationship with "pop" stars: David Bowie, Tina Turner, Michael Jackson (before his hair caught on fire)... and show can forget this conspicuous consumption of advertising budget?

It just seemed natural that musical celebrities would go for the big sponsorship money. But suddenly, things are changing.

Adweek reports that Katy Perry, she of the whipped cream bazooka boobs, is taking heat from health groups over a summer Pepsi promotion tied into the MTV Video Music Awards. 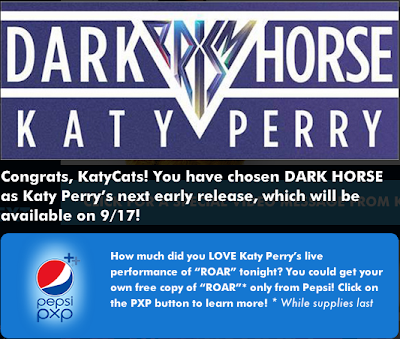 In an open letter to the singer, the Center for Science in the Public Interest and six partners compares today's soft drink celebrity endorsements to the cigarette ads of yore: "'Drink Pepsi and you can be cool like Katy Perry,' is the takeaway message for your young fans. 'Live for now' and worry about the health consequences later."

They also produced this video:

I'm no fan of pushing too much sugar on kids. But have these people ever seen a Katy Perry video?