IKEA gives in once again to intolerant international markets 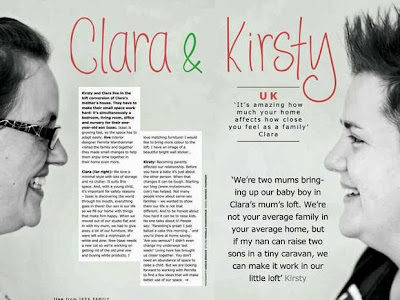 Just over a year ago, IKEA Photoshopped adult women out of its Saudi catalogue. Now they've removed an interview with a same-sex couple in the Russian edition of their magazine.

According to The Independent:


The December edition of the furniture giant’s magazine, which is distributed across the world, features an interview with Clara and Kirsty, a Dorset-based lesbian couple, talking about their family life and their Ikea-filled interiors.

However the lengthy feature has been spiked from the Russian edition of “Ikea Family Live” in case it failed to comply with Russian’s controversial new law banning “homosexual propaganda”. It has been replaced with an article about a single Chinese designer named Chao.

The article cites an IKEA spokesperson confirming that the cxompany was complying with a Russian law benning dissemination of “homosexual propaganda among minors”.

Queerty, in calling out the big bog retailer for complicity in the Russia's "gay purge", suggested the following alternatives for IKEA:


They also threw this Italian ad in the store's big yellow and blue face:

Mainstream media claim a boycott is afoot, but I'm not seeing too much noise yet. However, there was one IKEA "kiss-in" in Brooklyn that is rather sweet.
Posted by Tom Megginson at Tuesday, November 26, 2013