@ProteinWorld vs. "sympathisers for fatties"


Oh, dear. A fitness supplement brand in the UK has taken it upon itself to become the patron saint of body shaming.

The Drum reports that, faced with online criticism over its "are you beach body ready?" ad campaign, Protein World decided not only to be unapologetic, but downright nasty:

That particular exchange was started by blogger Laurence Hebbard, who wrote about their confrontational social media engagement on Social Media London. Here are some of the curated exchanges: 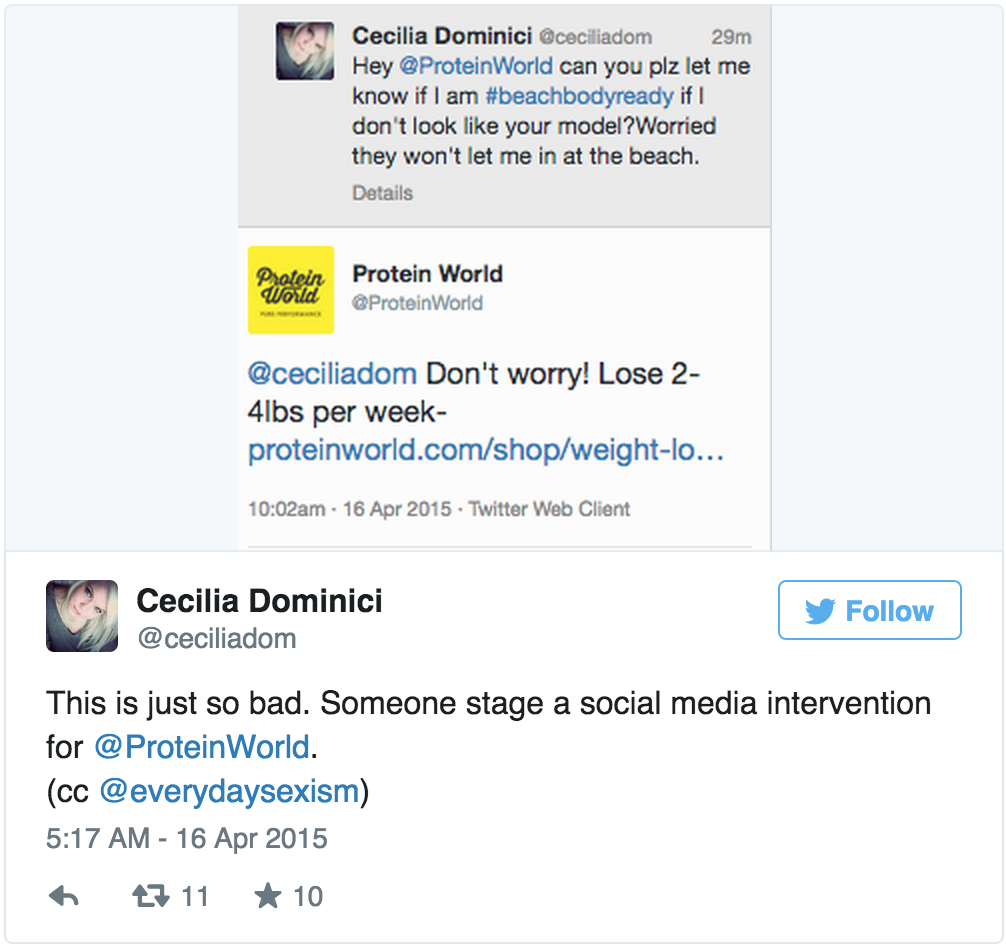 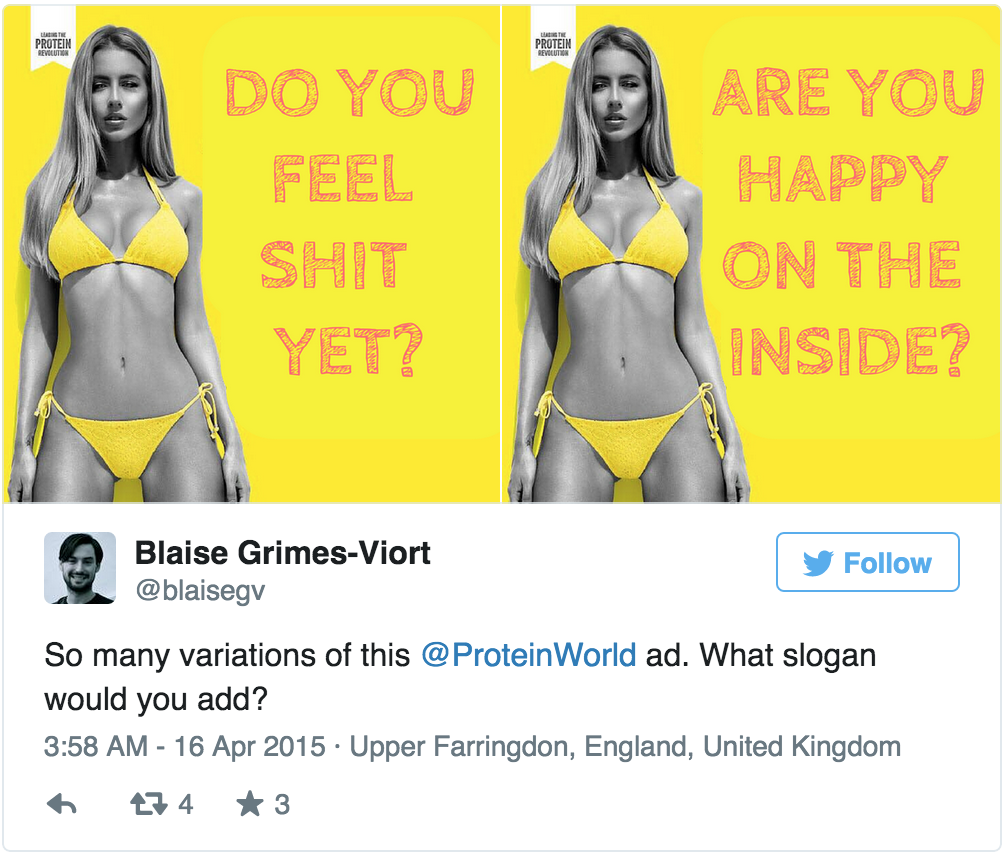 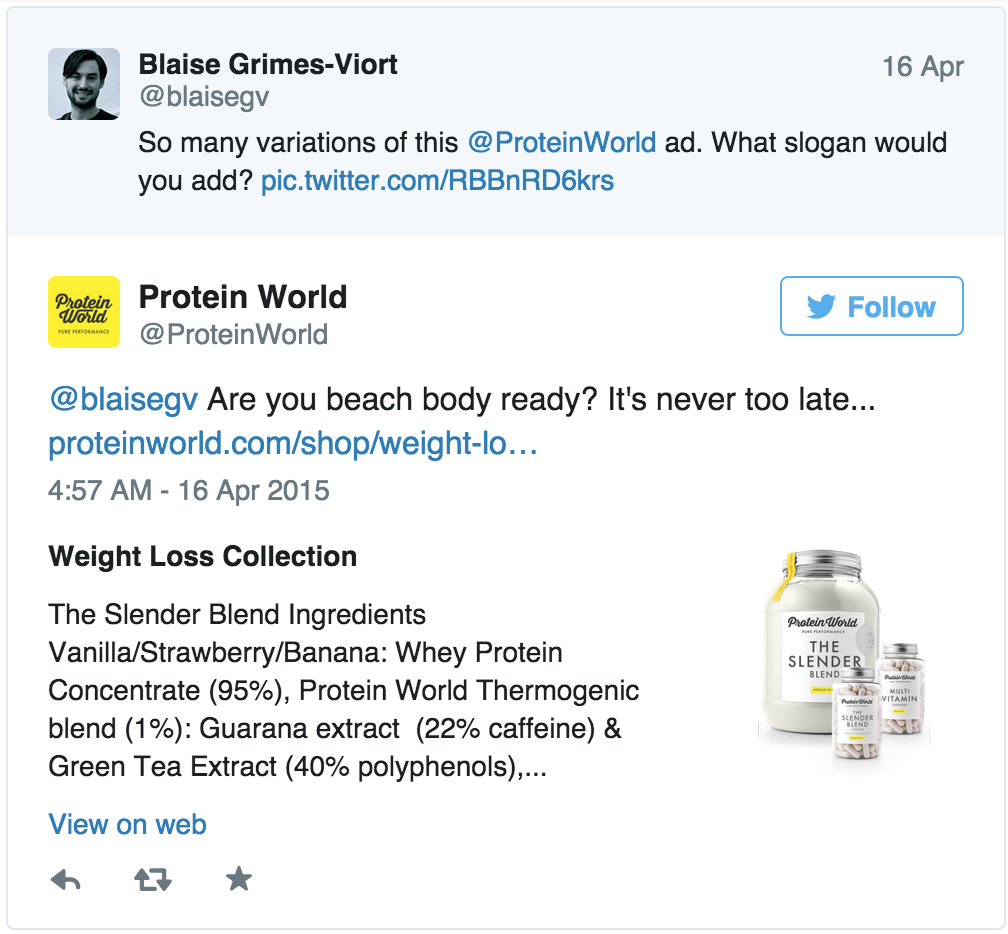 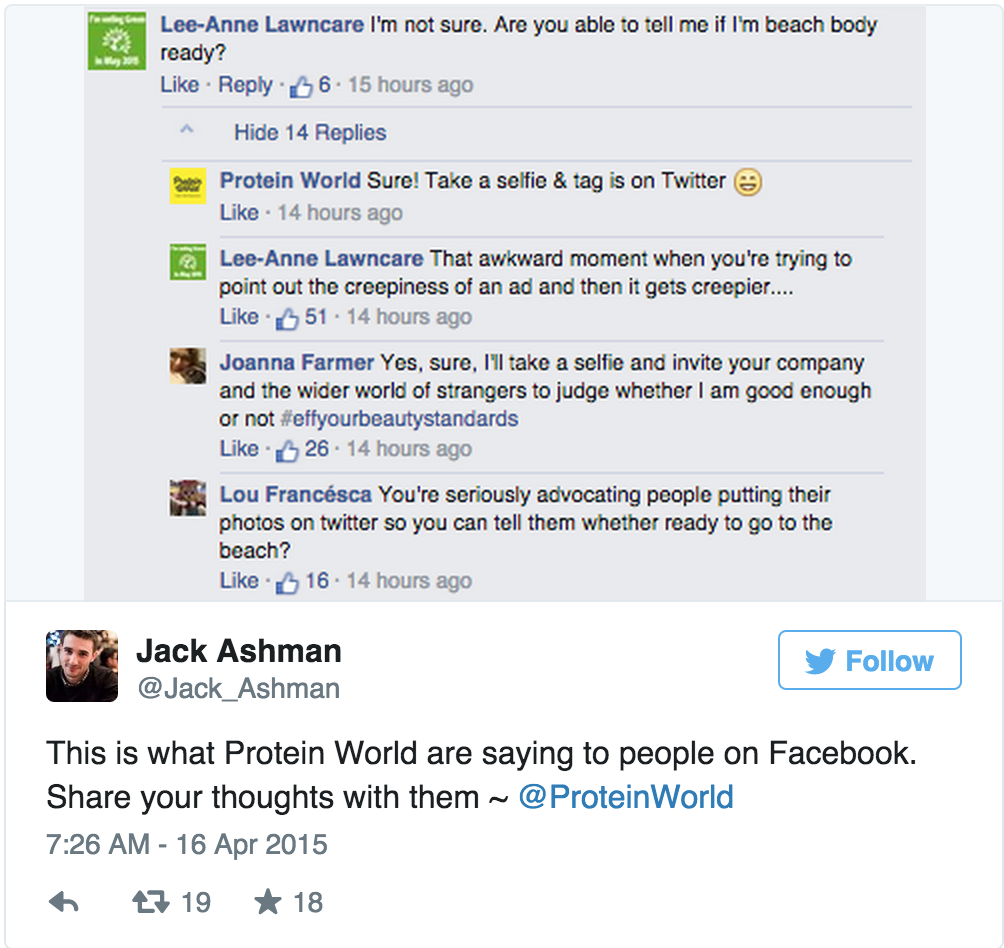 Someone even made a fake Dove response ad: 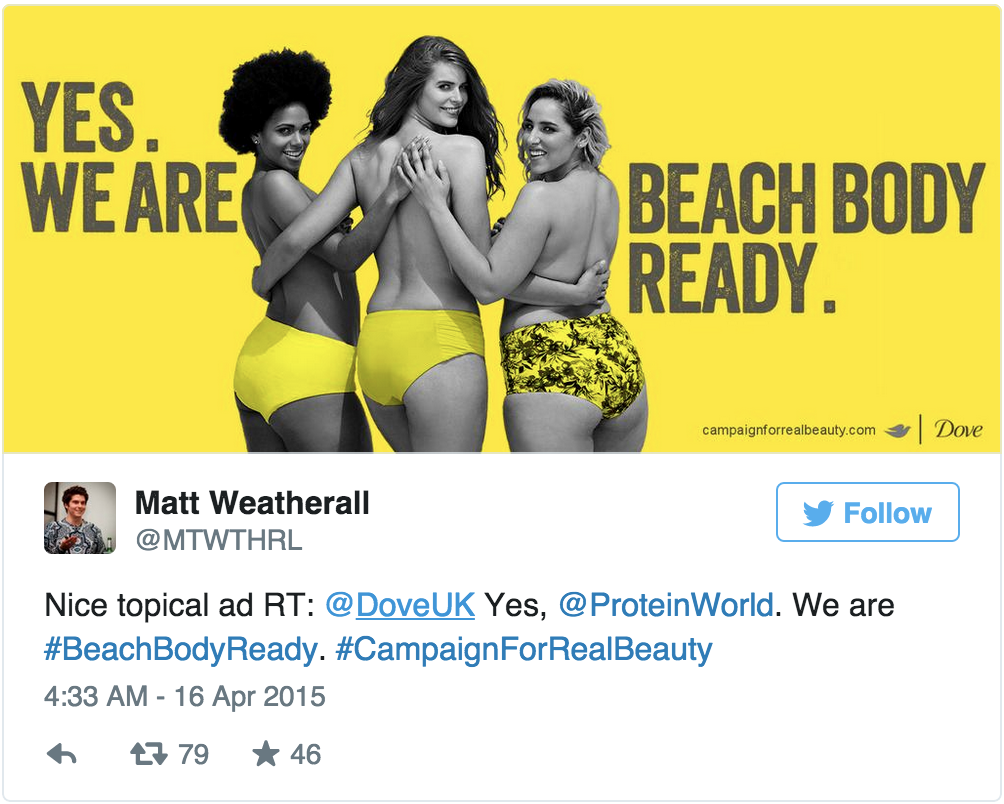 As of this writing, the protein shake maker is completely unapologetic. They seem quite happy to bask in the negative publicity (as well as the many Tweets of support from fans).

Is this an example of the tired cliché "there's no such thing as bad publicity"? That remains to be seen. While this kind of obnoxious brand behaviour is bound to ingratiate it to a certain segment of the fitness market, they're also trying to sell weight loss products. Is it really such a great idea to shame people who might actually be interested in such things?

Adopting "being an asshole" as a brand strategy is a risky move, but not an unprecedented one. Now it's just a matter of seeing how many assholes are willing to self-identify by buying the stuff.
Posted by Tom Megginson at Friday, April 24, 2015