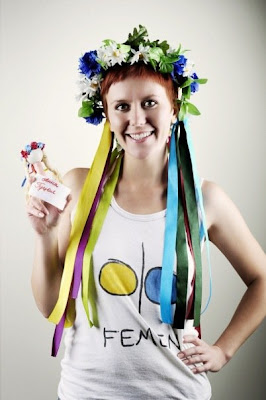 A few weeks ago, I contacted Anna Hutsol, the founder and leader of Ukraine’s FEMEN movement, for an interview via Facebook. It proved difficult, as Anna is not only extremely busy but we speak different languages and required the services of a translator. 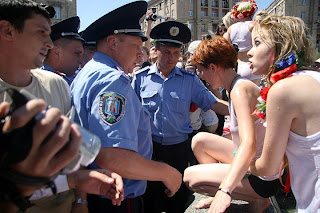 FEMEN have risen from being a local protest group in Kiev, known for their use of nudity and street theatre to protest Ukrainian sex tourism, to an international phenomenon tackling issues such a nuclear power and Saudi bans on women driving. The frank sexuality of their protests have gained them worldwide media attention, and they continue to build social media solidarity with other activist groups through FEMEN - International Support Team (FIST). They even, famously, bullied Mark Zuckerberg into reinstating their Facebook account after it was removed due to all the topless posts.

This morning, I finally received my answers in broken English. Anna did not address all my questions, but she did provide some insights into FEMEN’s origins, its mission, and its future. 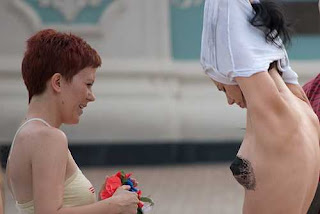 OSOCIO: How was the idea of FEMEN first conceived?

Anna: It was not difficult, as everyone knows how many problems are here in Ukraine and as Ukrainian girls we feel that every day in our minds and bodies. So all we needed was to be brave enough to tell the world about it. That’s why we decided to show that women are protesting, and to use our bodies as weapon in the fight.

OSOCIO: Have your objectives changed since then?

Anna: Yes, we have added many objectives to our program. But like in the beginning we still demand to stop sex tourism and prostitution in Ukraine. We demand to let women develop themselves. 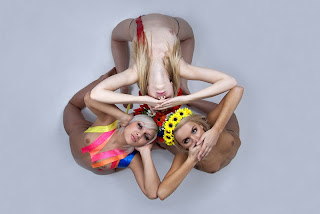 OSOCIO: How do you respond to critics who say that topless protest objectifies women?

Anna: As young, simple Ukrainian girls, we believe in what we are doing, and we know what we need to do to protect ourselves. FEMEN was trying different
ways of fighting and in our experience we understood that only radical things can change the situation. At this time, in this country, only radical women’s protest can shake the world of passive women. 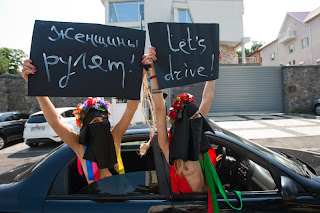 OSOCIO: How do male supporters fit in to FEMEN?

Anna: We have many men who support us and even help in our work. Men who are ready to see women as strong people can help FEMEN girls. We have many supporters who help FEMEN with donations. Also we have photographers help us [by donating services] and even some men who come to our performances to protect the girls from police. So we are not against men, but we want to be independent from them.

Anna: We want to create a new style of living for women that will mean to being active and developing themselves. For that we are planning to go to Europe to open branches in each European capital. We will teach all women to be free and always get all they need. Soon FEMEN will be an international movement. 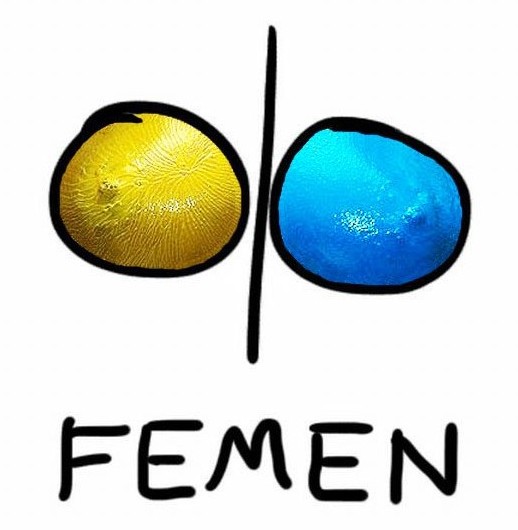 More FEMEN on Work That Matters: