Tylenol does a beautiful ad that says nothing about Tylenol #HowWeFamily 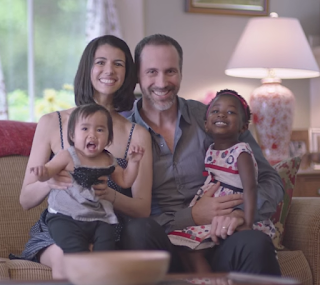 Sometimes, my industry makes me too cynical. I completely understand why brands want to associate themselves with progressive social issues. The inevitable blowback, from reactionary groups such as One Million Moms, get them oodles of positive earned media. But is it really moving product? Let's have a look:

Beautiful piece. It could have been produced by any one of dozens of human rights groups, if only they had the money. And there's a campaign microsite (of course) for online engagement.

But it's not a human rights PSA. It is an ad for a pain medicine. And the branding is stuck on so bluntly that it seems like more of a sponsored short film than an ad.

Don't get me wrong. I like the video and I agree with its sentiment. But at what point do we question whether consumer brands are manipulating us by piggy-backing on the important social issues of our day? And is that OK with us anyway?

I think it is, but only if we consume the media (and product) with the open-eyed awareness that we are being advertised to. Johnson &Johnson aren't just being nice. They're following a plotted brand strategy, after testing the market last Christmas with a similar ad.

Ad Age quotes Manoj Raghunandanan, senior director-marketing of J&J's McNeil Consumer Healthcare, saying that research conducted after the December campaign "brought significant improvement in brand-equity scores on such survey questions as 'this is a brand that understands me'," which translated into greater sales and market share for Tylenol, "despite the brand putting no other advertising support behind its Extra Strength Tylenol flagship products during that period."

Nothing about the product's efficacy, nor its price, nor even its safety. Just family-focussed branding that builds trust and positive associations.

Perhaps this is the future for brand advertising, and to be honest it feels pretty good. Just don't forget that you are always a customer.